The number of people on the Live Register dropped marginally in July, with 2,100 fewer people registering for unemployment assistance when compared with June.

The seasonally adjusted figure for the Live Register stood at 343,100 at the end of last month, representing a 0.6% drop on the previous month.

The figures from the Central Statistics Office show that, in unadjusted terms, there were 363,628 people signing on the Live Register in July - an annual decrease of 40,887 (-10.1%). 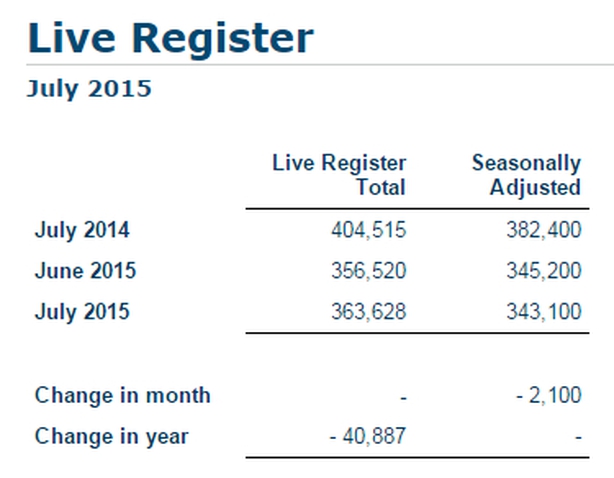 Statistics show there were 68,799 casual and part-time workers on the Live Register in July, which is 18.9% of the total.

ISME expressed disappointment at the latest Live Register figures from the CSO, attributing a slowdown in job creation to the expectation of increased business costs and wage and pressures.

The organisation also believes Government needs to address the issues of long-term and youth unemployment.

CEO Mark Fielding said: "The issues of long-term and youth unemployment are of particular significance as both these groups run the risk of becoming highly unemployable, due to a lack of recent relevant job experience.

Government activation schemes must be increased to tackle the rising numbers of people in these categories." 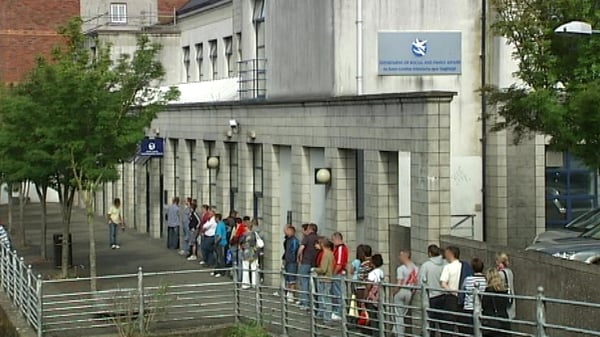 New CSO figures show unemployment rate of 9.8% for May