Mr Varoufakis denied brandishing his middle finger - known in Germany as the "Stinkefinger" - during a lecture in Croatia.

In the video, he said Greece should have defaulted in 2010 rather than have accepted a multi-billion euro bailout package.

"The video was faked, without doubt," he told German news magazine Der Spiegel.

German public broadcaster ARD, which showed the video yesterday, said it had seen "no sign of manipulation" but would have experts check it.

Mr Varoufakis has regularly traded barbs with Germany, especially with his counterpart Wolfgang Schäuble, since the Syriza Party took power in January pledging to end austerity and renegotiate the bailout terms.

Greece has also urged Germany to pay reparations for the wartime Nazi occupation of Greece, a demand that has been rejected.

"My proposal was that Greece should simply announce that it is defaulting ... and stick the finger to Germany and say 'you can now solve this problem by yourself'," Mr Varoufakis says on the video, raising his middle finger.

Confronted with the video, Mr Varoufakis told ARD: "I have never given the finger ever."

"It is getting more and more difficult to accept Mr Varoufakis as a serious partner in negotiations," he told business daily Handelsblatt.

A Marxist economist, Mr Varoufakis has surprised many European capitals with his unconventional approach, appearing to question Greece's commitment to honour past pledges in interviews.

He also raised eyebrows by appearing in the glossy French magazine Paris Match, enjoying a meal with his wife on the terrace of their upmarket flat overlooking the Acropolis – a prime location in Athens.

Mr Varoufakis later said he regretted the photoshoot but not the interview.

Following a telephone call between the two leaders today, Mr Tsipras's office said Ms Merkel had invited him to Germany for talks next Monday.

Their meeting will come just days after an EU summit in Brussels where Mr Tsipras appears confident he can persuade the euro zone to revise the terms of €240 billion bailout programme and put more emphasis on economic growth.

"Whatever obstacles we may encounter in our negotiating effort, we will not return to the policies of austerity," Mr Tsipras told daily Ethnos in an interview published today.

"I am against 'Grexit'," Mr Juncker told a Brussels conference in answer to a question, saying that while the "systemic dangers" of Greece quitting the euro were less than in a previous crisis three years ago, other unspecified dangers existed.

"It's about the love we have to have for the Greek people," he told the conference, which was organised by the Friends of Europe and Jacques Delors Institute. 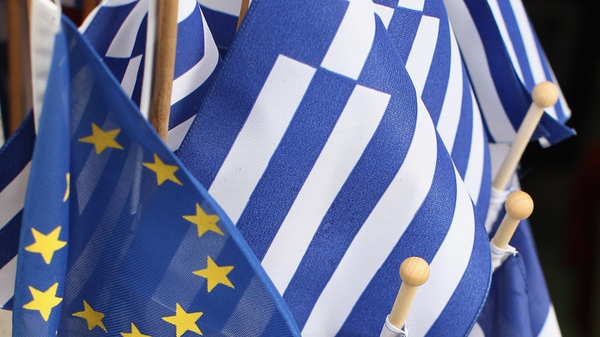