New figures from the Central Statistics Office show that the number of people signing on the Live Register fell by 3,600 in January to stand at 360,200 on a seasonally adjusted basis.

This is down from 450,000 at the height of the financial crisis.

The CSO also said that the standardised unemployment rate last month eased to 10.5%, down from 10.6% in December.

Today's figures show that on a seasonally adjusted basis, the Live Register saw a fall of 1% in the number of men signing on, while the number of women was down 0.9%.

The number of long term claimants on the Live Register last month stood at 164,844.

Minister for Business and Employment Ged Nash said the figures show a fall in unemployment over the last 12 months for all eight regions of the country. 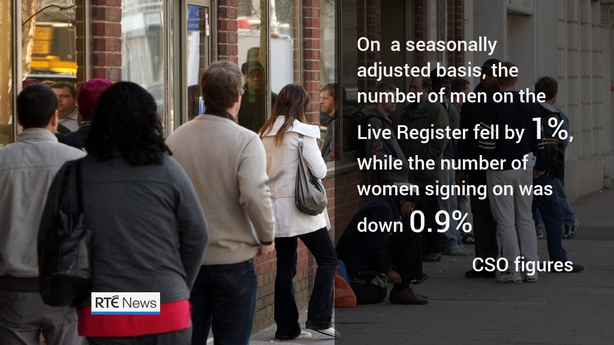