People are being urged to use their 1 cent and 2 cent coins as the country’s stock of small coppers stands well above the euro zone average.

The Central Bank said there is currently €35.3m worth of 1 cent and 2 cent coins in Ireland – three times more than the average in other countries using the Euro.

It said people’s tendency to store the coins means the country’s Currency Centre needs to produce more in order to maintain a supply in the economy, which adds cost to the State.

Should people continue to hoard smaller coins in change jars, the Central Bank said it may eventually struggle to meet demand. 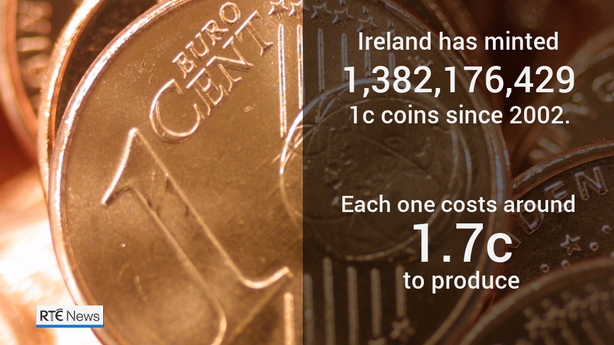 According to statistics from the Central Bank, there had been more than 2.4 billion 1 cent and 2 cent coins produced in Ireland by the end of October.

A majority of those were 1 cent coins, it said, which cost 1.7 cent each to produce. This means each 1 cent coin is worth less than the amount spent in the minting process.