The French government has increased its economic growth forecast for this year to 0.7% from 0.5%, after the national statistics office said the country should escape recession.

The government's move came after the INSEE statistics institute yesterday upgraded its forecast for the first half of the year, saying that the French economy likely held stable in the first three months of this year and would grow by 0.2% in the second quarter.

INSEE had previously expected France to enter a mild recession, two quarters running of contraction, at the end of 2011 and beginning of 2012. However it later revised its expectations for the final quarter of 2011 to 0.2% growth.

For 2012 as a whole it now forecasts that French gross domestic product will expand by 0.5% instead of the zero growth it predicted in December.

The unexpected rise in the indicator still leaves it below the long-term average fixed at 100 points. The key industrial confidence index rose three points to 96 points, while analysts and economists had expected it to come in at 93 points.

The sentiment concerning demand and total order levels improved by three points, while that for exports jumped by 18 points, but both remained sharply negative.

"Looking at the personal production outlook, which improves markedly, activity in manufacturing industry would be more dynamic in the next months," said INSEE.

"The general production outlook, which represents business leaders' opinion on French industry as a whole, improves strongly but are always below its long-term average," it added.

The general production expectations for industry rose by 17 points to -15. The index for the services sector rose two points in March to 93 points, while that for retail trade climbed by three points to 94 points. The construction index dipped a point to 98, while the wholesale trade index came in at 100. 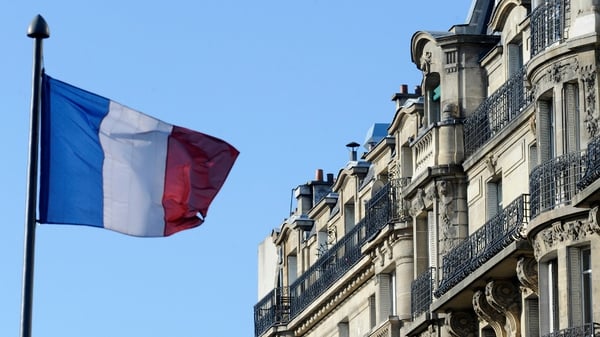