The European Commission has underlined that "it is of the utmost importance that Ireland is seen to honour its financial obligations."

The Commission says the promissory notes used to finance IBRC are part of Ireland's debt. It says that honouring its obligations is key to achieving the objective to regain market confidence and graduating from the EU/IMF bail-out.

The statement quotes Commissioner Ollie Rehn as saying that there are separate technical negotiations going on with the Troika and with the Irish Government and that the promissory notes are an element in this work.

The statement follows comments yesterday by Commissioner Rehn in which he said that Ireland had to honour its obligations. Those statements were criticised in the exchanges in the Dáil this morning.

Speaking in the Dáil the Taoiseach Enda Kenny said that he had never set a time limit on negotiations with the Troika aimed at easing Ireland's banking debt. Mr Kenny told the Dáil he had never raised expectations of an immediate concession.

But independent TD Shane Ross said this country was not given to taking lectures from Mr Rehn. He said, yesterday, the Commissioner went on to tick us off in Latin. Deputy Ross said Commissioner Rehn should brush up on his Greek because Greece was an exception to the rule, and Spain was another exception. 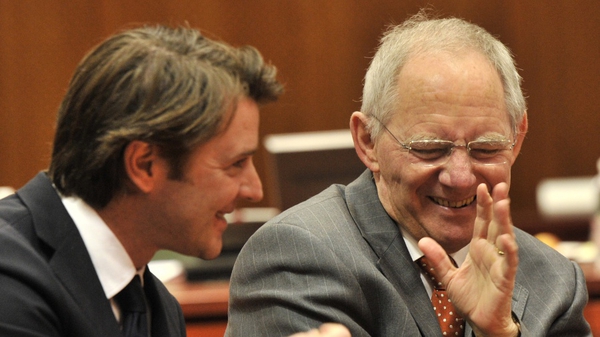