Bank of Ireland has reported a narrowing of losses for the year to the end of December, despite having to set aside more money to cope with potential loan losses.

See how Bank of Ireland shares are doing here

It also reported a net profit of €40m for the year, compared with a net loss of €609m in 2010. This was helped by a tax refund. It is the first Irish bank to record a net profit of any kind since Ireland's economic downturn in 2009 amid a burst property bubble.

The net profit was due mainly to a number of once-off items, such as gains from a bond exchange, and a tax credit.

Bank of Ireland said that its impairment charges on loans and advances to customers rose to €1.939 billion from €1.859 billion in 2010.

The bank's impairment charge on its residential mortgages increased by €65m from €404m in 2010 to €469m. The bank said this was mainly due to the general economic weakness and affordability issues. It also said the rise in arrears since August appears to have been impacted by the implementation of the new code of conduct on mortgage arrears.

The bank has also suggested that the Government's new mortgage arrears proposals could result in more expensive home loans in future.

CEO Richie Boucher told reporters there were upsides and downsides for the banking system, but added that the existing arrangements were unsustainable.

Bank of Ireland said the impairment charge of €893m on its property and construction portfolio for the year rose by €174m compared to a charge of €719m for the year to December 2010. The portfolio amounted to €21 billion by the end of the year.

Bank of Ireland's operating income fell by 27% to €2.1 billion due to the continuing low interest rate environment, intense competition for deposits and a elevated wholesale funding costs and the cost of the state backed guarantee. The bank said it had cut its costs by 8% to €1.65 billion.

The bank has increased its holding of Irish Government bonds by €1.1 billion in the last year.

Bank of Ireland's chief executive Richie Boucher said the bank sees the rate of increase in mortgage arrears among its customers easing in the coming months before peaking this year.

Figures from the Central Bank last week showed that nearly one in seven Irish home loans are not being fully repaid as unemployment remains high and house prices continue to fall.

Bank of Ireland bettered the industry average with its proportion of owner occupier loans in arrears for more than 90 days rising to 5.6% from 3.7% a year ago but below the sector-wide headline figure of 9.2% reported by the central bank last week.

"We don't anticipate that they have peaked as yet. We think that the ratio of increase will start to ease during 2012 and will peak during 2012," Mr Boucher said.

"The level of arrears is still very high and we need to continue to put a huge amount of effort into managing this part of our book."

The CEO said trading conditions in Ireland and the UK remained challenging with economic growth lower than previously envisaged. He said this was adversely impacting on demand for the bank's products and services.

Mr Boucher said that after an "extensive loan loss refresh" for its full-year results, Bank of Ireland expected a peak to trough house price deflation of 55%, adding another 10% for loss given default.

He added that the bank expected to take part in the European Central Bank's next longer term refinancing operation at the end of the month and also said the bank was likely to cut more staff after the bank's headcount fell by 7% in the year to the end of December 2011.

The bank said its final asset transfers to NAMA were completed last October and that a total of €10 billion of assets have now been transferred to NAMA at an average loss on disposal of 44%.

The head of the Irish Bank Officials Association has accused the Department of Finance of undermining Bank of Ireland's viability plan.

General secretary Larry Broderick said that although the bank's performance had "significantly improved" last year, it would have done even better had it not been for what he called "unwarranted interference" by the department.

He said the department should allow BoI to move ahead with a plan already agreed with the union, and warned that any attempt to restructure the bank on any other terms would leave the IBOA with "no option" but to ballot for industrial action.

“It is ironic,” said Mr Broderick, “that the bank with the best chance of making a strong and timely recovery which would benefit both the economy and the taxpayer is being hamstrung by a Government department pursuing a misguided and extremely risky agenda.

The department said earlier this year that it was in "advanced talks" with banks on redundancies, but it said any redundancy programmes must be fair to the taxpayer. 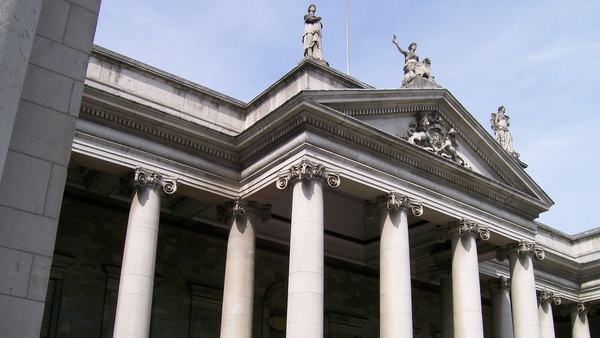