The bank said the year was characterised by growing mortgage arrears in its residential loan book and the effects of a stagnant commercial property market. It said that due to weak confidence and uncertainty about property prices, the demand for lending of an investment nature continued to be ''muted''.

However, it said that it remains optimistic about the prospects of economic stability returning to Ireland next year.

KBC Bank Ireland said that it added over 5,000 new customers last year and its total retail deposits are approaching €1 billion. It also increased its headcount during the year with total staff numbers up from 452 to 521.

''The past year was a difficult year for both our customers and the bank,'' commented KBC Bank Ireland's CEO John Reynolds. He added that the bank is committed to support those customers facing financial difficulties.

Belgian financial group KBC comforted investors today by saying it was required to pay back only two-thirds of its state aid by 2013, after fourth-quarter earnings came in lower than expected.

KBC, which took €7 billion from Belgium and the region of Flanders during the 2008-09 financial crisis, clarified today that it only needed to repay €4.67 billion of principal, plus penalties, in the next two years.

It had previously said it would repay €7 billion, but it had not been clear whether this was the principal amount or whether the figure also included penalties that ranged from 15-50% depending on when KBC repaid. The group also paid back €500m in December.

KCB said that solid performances in Belgium and most of eastern Europe were offset by one-off hits in Ireland, Greece and Hungary, and for certain retail bonds during the fourth quarter.

Continued economic uncertainty in Ireland led to a loan loss provision of €228m there. The bank's chief financial officer Luc Popelier said this should drop to €200m in the first quarter and be between €500-600m for the whole of the year.

The group also set aside €71m for a possible reimbursement of Belgians who bought its 5/5/5 product, a bond linked to the creditworthiness of five countries, one of them Greece. It would have to pay out if a credit event occurred.

KBC took a further €85m pre-tax hit on its Greek sovereign debt, taking the total amount impaired to 71%. KBC said it reduced its overall exposure to euro zone periphery nation government bonds by €1.9 billion to €4.8 billion at the end of 2011.

On the positive side, in-credit volume and deposits in Belgium rose. In central and eastern Europe, the loan book also increased but the result was tainted by an €82m pre-tax impairment in Hungary.

A law was introduced there to help households pay foreign currency loans at a discounted exchange rate, the shortfall to be covered by the bank.

KBC also said it was making considerable progress on the sale of Poland's Kredyt Bank, the last major divestment required by the European Commission in return for KBC's receipt of state aid. 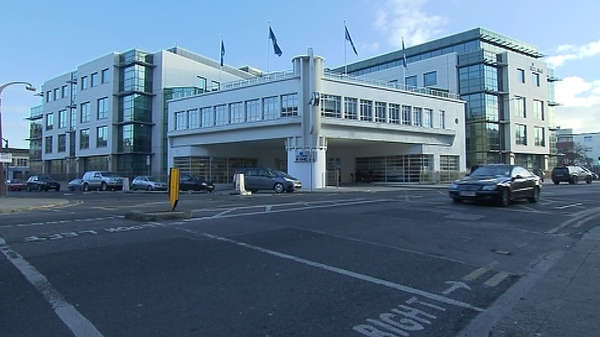