National Irish Bank has reported increased losses for the year to the end of December, as it continues to set aside money to cope with potential loan losses.

The bank said that its income fell by 13% to €141m due to reduced customer demand and the impact of impaired loans. Costs at NIB also fell, down 15% to €96m, on the back of the bank's restructuring programme.

Its operating profits, before impairment charges, for the year came to €45m, down 7% on the previous year.

NIB said its total loan book was down 9% to €8.6 billion. It said that commercial property loans came to €3.1 billion and accounted for most of its loan impairment charges. It added that the quality of its €3.3 billion mortgage book ''remained satisfactory''.

National Irish Bank's chief executive Andrew Healy said that 2011 was another challenging year for the bank. He said that impairment charges remained ''disappointingly high'' due mainly to continued falls in property prices.

Danske Bank warned today that its 2012 earnings would remain low and loan writedowns high after fourth-quarter pre-tax profits dropped 57%, below forecasts. Profits were hit by a spike in loan impairments.

The bank said it saw limited potential for economic growth in Europe and loan losses in Denmark had been bigger than expected and market conditions in Ireland and Northern Ireland, where it also has operations, remained difficult.

Danske Bank shares rose after what was seen as a prudent outlook by analysts, who also cited markets hopes that the lender can bring costs down and earnings up under its new management.

Eivind Kolding is due to take up the chief executive position at the bank, replacing Peter Straarup who retires next week after 43 years with the Group, 14 as CEO.

The bank said in November it would cut expenses by about 2 billion crowns from 2012-14, axing 2,000 jobs in the process, after quarterly profit was wiped out by a drop in trading income, becoming the latest Nordic lender to combat slowing revenue growth and higher funding costs.

"We believe that the group has the right foundation to improve its earnings," Danske Bank said in the statement. The lender's pre-tax profits dropped to 615 million Danish crowns (€566m) in the fourth quarter from 1.45 billion (€865m) in 2010, missing forecasts.

"The second half of 2011 was characterised by considerable financial turbulence and economic downturn," Straarup said in the bank's results statement. ''Our results are therefore lower than expected at the beginning of the year," he added.

Danske Bank said today that it would not propose to pay a dividend out of 2011 earnings. 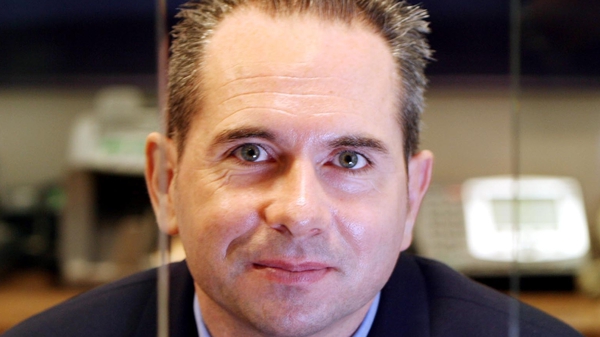