BP marked a return to profit last year, posting net earnings of $23.9 billion today as the British energy giant prepares for a criminal trial linked to the US Gulf of Mexico oil spill disaster.

BP announced adjusted profit after tax equivalent to €18.2 billion for 2011, as higher oil prices offset a drop in production, according to a group statement.

The company had suffered a loss of $4.9 billion in April 2010 when an explosion on the BP-leased Deepwater Horizon rig killed 11 workers, sent millions of barrels of oil into the sea and left the company with huge compensation costs.

Including changes in the value of BP's energy inventories, net profit hit $25.7 billion in 2011, the group added today.

"BP is on the right path," the company's chief executive Bob Dudley said in the release. "2012 will be a year of increasing investment and milestones as we build on the foundations laid last year," he added.

BP said that it had committed $1.0 billion "for the early restoration of natural resources following the Deepwater Horizon accident in 2010."

It added that by the end of 2011 it had paid more than $7.8 billion to meet claims and government payments, while $15.1 billion had been paid into the trust fund used to compensate victims of the oil spill disaster.

The British energy giant and its partners are set to face a trial beginning on February 27 in New Orleans that consolidates a host of lawsuits seeking damages for economic losses, injury claims and environmental violations.

The trial also aims to resolve competing claims of liability among BP and its subcontractors, rig operator Transocean and Halliburton, which was responsible for faulty cement work on the Macondo well, whose leak triggered the oil disaster.

"As I have said before, we are prepared to settle if we can do so on fair and reasonable terms, but equally, if this is not possible, we are preparing vigorously for trial,'' Mr Dudley said.

BP has already booked a $40 billion charge to cover clean-up efforts, compensation to fishermen and thousands of others affected by the spill and massive government fines and penalties that are still being assessed.

To meet its costs, BP has committed to selling $38 billion worth of assets before the end of 2013 and has so far clawed back roughly half the amount.

BP said today that it planned to sell its liquefied petroleum gas filling operations in a number of countries for an undisclosed amount.

The group also announced that it was raising its dividend by 14% to eight cents a share for the fourth quarter of 2011 - the first rise since the company resumed paying dividends a year ago. 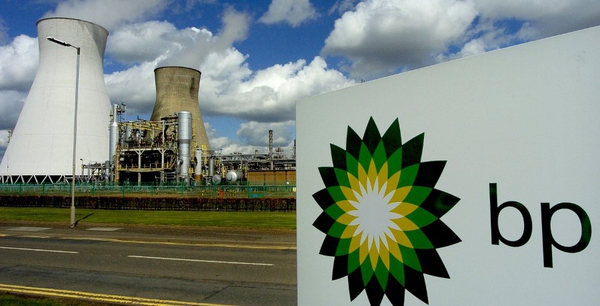