A total of 29,782 people were killed in 302 disasters last year, the body said. Storms and floods accounted for up to 70% of catastrophes but earthquakes were the biggest killer.

Figures released by the Centre for Research on the Epidemiology of Disasters (CRED) and the UN International Strategy for Disaster Reduction showed quakes claimed 20,943 lives, most of them in Japan.

The earthquake and tsunami that sparked the Fukushima nuclear plant catastrophe in March was also the costliest disaster, causing damage worth $210 billion. This was followed by the floods that hit Thailand from August to December which cost the country $40 billion.

The number of disasters was down on 2010, when 385 occurred, according to CRED figures. However 2011 practically saw a tripling in costs from $123.9 billion recorded in the previous 12 months.

"It was notable last year that many of the disasters were in high and middle-income countries which have the resources for better disaster prevention," CRED director Debarati Guha-Sapir said.

In addition to the Japan earthquake, the centre cited the floods in Brazil in January, the quake that hit New Zealand in February, and Hurricane Irene in the United States in August and September. The Brazil floods were the deadliest in the country's history, taking 900 lives.

Other major disasters included the October earthquake in Turkey and the tropical storm Sendong that hit the Philippines last month, claiming 1,430 lives. This was the second highest death toll for disasters in 2011 after the 19,846 who died in Japan.

In total 206 million people were affected by disasters last year. This includes 106 million hit by floods and 60 million by drought, mainly in the Horn of Africa.

The UN said droughts and famines were rarely "spectacular" events but caused a massive number of deaths which often went uncounted. 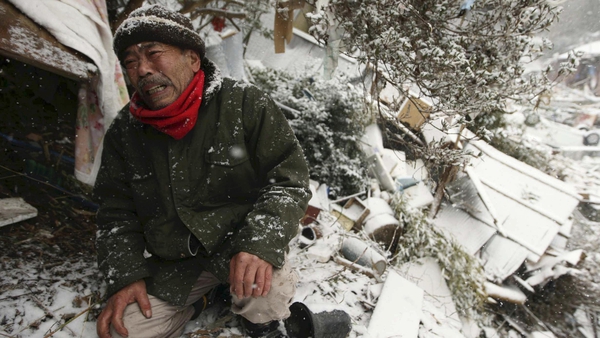