The body which manages Ireland's debt says it plans to return to the bond markets in the middle of this year. The National Treasury Management Agency has also played down suggestions that the country requires a second bail-out.

The NTMA says it hopes to borrow money for short periods in the middle of this year and sell longer-term bonds at the end of 2012.

NTMA chief executive John Corrigan said the agency had met more than 300 institutional investors around the world since May. He said Ireland was "gaining credit for the progress it was making".

But Mr Corrigan warned that a resolution of the wider euro zone debt and banking crisis was critical to positioning the NTMA for a return to the markets.

The NTMA's review of 2011 showed that Ireland's national debt stood at just over €119 billion by the end of 2011. Servicing the debt cost €5.4 billion last year. The NTMA said it kept cash of €13.1 billion at the Central Bank.

The agency also said that the value of the National Pensions Reserve Fund was €14.5 billion at the end of 2011 - though just over €9 billion of this is invested in AIB and Bank of Ireland.

The value of the fund - excluding the banks - ended the year up 1.6%, compared with a fall of 3.5% for the average Irish pension fund.

Meanwhile, the head of lending at Ireland's NAMA has resigned after less than two years in the role, the agency said today.

Graham Emmett, a former Ernst & Young consultant who joined the agency in May 2010, is returning to the UK, a NAMA spokesman said.

Finance tax must be global - Kenny

The Taoiseach has said Ireland could not accept a financial transaction tax that did not apply in Britain.

Answering questions at the end of a British-Irish Council meeting in Dublin, Enda Kenny said a global transaction tax would be acceptable, but not one that applied in Dublin but not in London.

Earlier, Britain's Deputy Prime Minister Nick Clegg warned against a proposed financial transaction tax by the EU, saying it could cost many jobs. 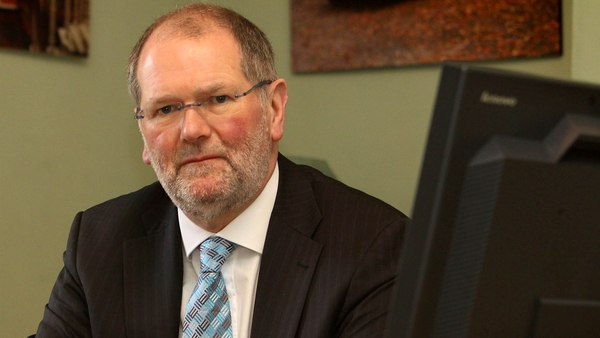