Italy scraped through a key bond auction test today at the end of a disastrous year for the euro zone, as Prime Minister Mario Monti outlined plans to get the economy out of recession.

The Italian Treasury raised €7 billion - below the maximum sought of €8.5 billion but with long-term rates holding below the danger threshold of 7% which has set off alarm bells around the world.

The ability of Italy to borrow on the market was being closely watched as a test of confidence in the euro zone after the single currency fell to an 11-month low against the dollar and traded down against the yen in an indication of investor jitters.

The euro zone's third largest economy, Italy sparked fears this year that its toxic mix of low growth, high debt and spiralling borrowing costs could force it to seek a bail-out like fellow euro zone members Greece, Ireland and Portugal.

But there is still concern over the plan's impact on an economy that is moving into recession after shrinking by 0.2% in the third quarter. The government is forecasting a contraction of 0.4% next year.

Market turbulence is not over, warns Monti

Italian bond auctions this week went well but market turbulence is not over, Prime Minister Mario Monti said today after sales that saw an easing of borrowing rates from record highs.

"They went rather well and this is encouraging but we certainly do not think that the phase of financial turbulence is finished," Monti said at an end-of-year press conference.

He also called for a united response to the euro zone debt crisis, saying that Italy's troubles on the financial markets this year were linked to broader European jitters.

"The problem that the markets are experiencing at the moment is above all a European problem that needs a common, joint, convincing response," Monti said.

There was more bad news on the economic front, meanwhile, with a closely watched business confidence index falling to 92.5 points in December. Confidence fell partly steeply for the construction and retail sectors after a Christmas season in which consumption was down compared to last year.

Italy will have to raise some €450 billion on the debt markets in 2012 - with around €53 billion to be raised next month - and analysts say it will struggle if the relatively high rates seen recently persist.

Analysts suggested that banks making use of low-cost European Central Bank money were largely behind the auction's success, along with the austerity measures adopted this month and aimed at restoring budget balance by 2013.

The ECB last week provided banks with a record €489.2 billion in three-year loans at an interest rate of just 1%. While the injection was made in order to avoid a credit crunch, the low rate makes it easy for banks to make money off higher-yielding bonds, and analysts have been anticipating the funds may help lower government borrowing costs.

Borrowing costs have spiked to record highs across the 17-nation euro zone in the past few months over fears that economies like Italy could be forced to seek giant international bailouts that would bankrupt Europe.

European leaders have agreed to strengthen rules and sanctions for keeping public accounts in order but there are lingering doubts about the deal and about the impact of an expected slowdown in euro zone growth in 2012.

Euro sees another fall in value against the dollar

The euro slumped today to the lowest dollar level in more than a year, but stock markets held steady as Italy's bond auction reignited fears over the euro zone crisis in thin holiday-week trade.

The euro later recovered a little to stand at $1.2939 this evening. 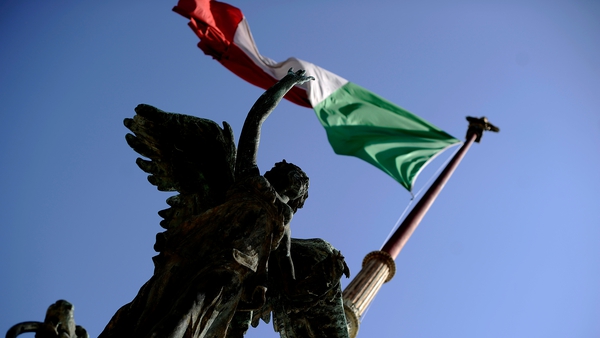