The wife of Séan Quinn has claimed she was under the undue influence of her husband when she signed documents for a loan of €3m from the former Anglo Irish Bank.

The Irish Bank Resolution Corporation is seeking the repayment of the loan Mrs Quinn took out with her husband in 2006.

Mrs Quinn claims she has been a homemaker for 36 years. She said she did not know what she was signing and did not get the benefit of the money. She also said no one from the bank spoke to her about this loan. And until these proceedings began, she said she did not even know she was a customer of Anglo.

Mrs Quinn said she did not know she was signing a document which would leave her exposed to a liability of €3m. She said someone from the bank should have made her aware of this.

She said it was her habit to sign documents put in front of her by her husband or his colleagues in the Quinn group of companies. She claims that she does not possess any sophistication or even basic knowledge in business matters. She said this was embarrassing to admit but it was the truth.

IBRC says Mrs Quinn's claims are not credible. The bank said she was a director of 63 Irish companies and was a company secretary of ten. It said she also held directorships of 28 UK companies.

Mrs Quinn said she did not understand the obligations and responsibilities imposed on directors of companies. Her lawyers said she was not the first or last wife who allowed herself to become director or secretary of a company controlled by her husband.

The bank says its lending director was told the money was for the decorative costs of the Quinn's new home near the Slieve Russell hotel in Co Cavan. The bank says Mrs Quinn signed the loan document five times. The money was paid into an account belonging to a Quinn company - Quinn Manufacturing Limited - at the request of Sean Quinn.

Mr Justice Peter Kelly said Mrs Quinn's position was "startling" and "astonishing". She was saying she had no will of her own and was a "cat's paw" for her husband, signing every document he put in front of her without a clue what they were about.

She was a director of companies in Ireland and the UK and was "clueless" about them, it seemed he said. He said it would be an extraordinary matter if every wife in the country was presumed to be under the undue influence of her husband. The judge said that would be an incredible proposition.

Mrs Quinn's Senior Counsel, Bill Shipsey said it may sound astonishing but that was her position: she was a housewife, with no business sophistication.

The judge will give his decision tomorrow morning. 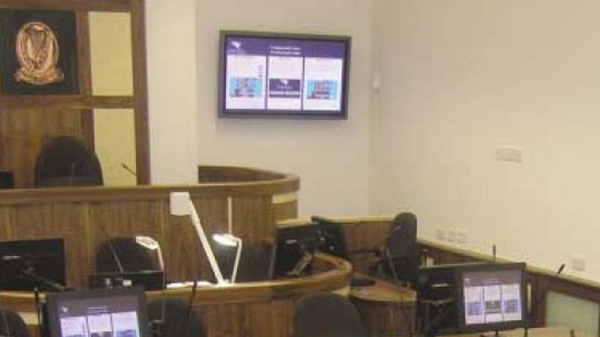