Germany's top central banker has warned that the European Central Bank should not create new money as a way of solving the euro zone debt crisis.

Jens Weidmann said that "one idea must finally be put aside, that of getting the needed money from the printing press." Weidmann heads Germany's Bundesbank central bank and also sits on the ECB's 23-member governing council. He made his comments in a speech in Berlin today.

Weidmann said that making the central bank support government finances would cost it its independence. It would also cost it its credibility as an inflation fighter, he added.

Some economists say the ECB's power to create money and buy large amounts of government bonds is the only backstop that can convince markets European countries can pay their debts.

European officials have rescue funds with top financing of €500 billion, but much of that money is already committed to bail-outs of Greece, Portugal and Ireland and the funds are not big enough to rescue Italy, the most recent focus of the debt crisis.

Central banks do not actually print new bills when they expand the money supply. They can buy bonds from banks and simply credit the banks' central bank reserve account with money that did not exist before.

The European Central Bank has made limited purchases of government bonds, but has always withdrawn an equivalent amount of money by taking bank deposits.

Weidmann is a leading critic of the idea of putting the ECB behind Italy's finances, saying that creating new money would violate the bank's legal mandate. The EU treaty requires it to fight inflation as its first priority.

Creating new money can be inflationary, although both the US Federal Reserve and the Bank of England have done it to try to stimulate economic growth.

Weidmann and others also argue that the bank would compromise its independence by subordinating monetary policy to government budget needs. "This independence is lost when monetary policy is yoked to the wagon of fiscal policy - and then loses control over price stability," Weidmann said.

New ECB president Mario Draghi has said governments must fix their finances and convince bond markets they are creditworthy, and not wait for a central bank rescue.

Analysts who follow the ECB say that Weidmann's repeated opposition to large-scale bond buys could deter any change of course by the bank, since objections from the central bank in Europe's largest country would send a mixed message to markets.

Commerzbank, Germany's second-biggest bank needing €5.3 billion in fresh funds, said today a repurchase of securities will beef up its core capital by more than €700m.

The repurchase of €1.27 billion of trust preferred securities "will have a one-off positive effect of more than €700m on our consolidated results and will result in a respective increase of Core Tier 1 capital," Commerzbank said in a statement.

"The transaction marks another step in optimising our capital structure in light of the transition to the new regulatory requirements," it added. Investors had from December 5 to 13 to decided whether to sell the securities back to Commerzbank.

Analysts and investors have speculated about whether Commerzbank would be in a position to raise the capital under its own steam, or require state funding after it already had to be bailed out in the 2008-2009 financial crisis which left the government with a 25% stake. The bank has said it can manage on its own. 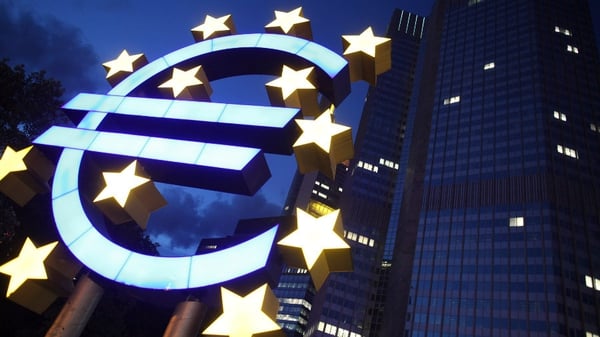