The Taoiseach has said the measure announced in the Budget to cut the disability allowance for young people has been "paused" pending a review by the chairperson of the Commission on Social Welfare and Taxation.

Mr Kenny said the Government has agreed that it should be reviewed because of the sensitivity of the issue.

Social Protection Minister Joan Burton heard strong criticism of the proposed cut to disability allowance for those under 24 yesterday evening, first at a meeting of the Parliamentary Labour Party, and then when she met a small delegation of Fine Gael backbenchers.

Earlier, the Taoiseach told the Dáil that the universal social charge was a disaster for consumer confidence and that was why the Government decided to remove 330,000 people with incomes of less that €10,000 from its net.

During statements on Budget 2012, Enda Kenny said the move was a statement of the value that the Government attached to work. He said high taxes kill jobs and that was why the Government decided to ditch policies that cut take home pay.

He said the highest earners on PAYE pay 52% in tax while self-employed high earners pay 55%. Increasing that would have an impact on jobs and entrepreneurship, he added.

Mr Kenny said he and Tánaiste Eamon Gilmore would meet the banks early in the new year to ensure that they are meeting their targets for lending to small businesses.

Meanwhile, the Department of Finance has released details of how first-time buyers who bought homes between 2004 and 2008 will benefit from increased mortgage interest relief. 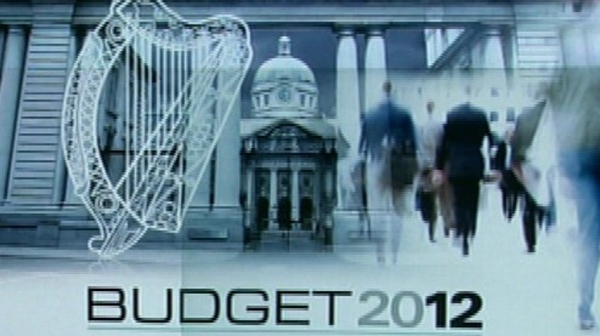 Howlin outlines where cuts will hit