The International Monetary Fund has said it will probably lower its global economic growth forecasts because of a sharp slowdown in activity.

"We will likely be revising downwards our forecast," IMF spokesman Gerry Rice said at a regular news briefing in Washington, though he did not give further details.

In October, the IMF cut its forecast for world economic growth this year to 4%, from a previous 4.5% prediction. It also slashed forecasts for euro zone and US growth.

There has been a sharp slowdown, particularly in Europe, and financial market turmoil has clouded forecasting since the IMF's World Economic Outlook report was issued in October, Mr Rice said, adding that updates would be issued towards the end of January.

Asked whether the IMF sees the US, where economic growth has been sluggish, falling back into recession, he said: "Our forecast is not for a double-dip recession."

Mr Rice also denied that the IMF was in talks with Italy on possible financing and said it had discussed details of a planned monitoring mission with Prime Minister Mario Monti.

He said talks with Monti on enhanced IMF surveillance for the Italian economy had taken place on the sidelines of a recent euro zone meeting in Brussels. 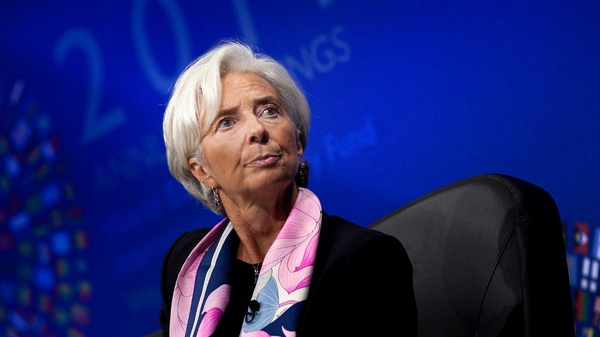