The ESRI has warned that the slowdown in the European economy will result in a fall in Ireland's economic growth next year.

It also says continuing uncertainty over the euro zone debt crisis means fiscal targets will become harder to achieve for all countries in the Euro.

While 2011 has seen the Irish economy return to growth on the back of a strong export performance, the ESRI says next year will be a different story.

It says the euro zone economy will shrink from the end of this year to the end of next year, and a euro zone recession will damage Britain's growth prospects - making it harder to export to two of our main trading partners.

The failure to contain the spread of the euro zone crisis has forced France and Italy to introduce austerity policies, along with Spain, Greece, Portugal and Italy.

This will guarantee a slowing of the European economy, and will lead to Irish growth falling from what the ESRI believes will be over 2% this year to less than 1% next year. GNP, which better reflects the domestic economy, will shrink by about 0.3%.

The ESRI says that without a decisive intervention at political level to end the crisis and boost growth, the euro zone economies will barely grow, making budgetary targets difficult if not impossible to achieve.

Finance Minister Michael Noonan has said the ESRI report will have no bearing on plans for the Budget.

Speaking after a meeting of EU Finance Ministers in Brussels, Mr Noonan said that the report had also said that the deficit would be lower than expected - at 8.3% - so "we won't have to make any changes."

He said the ESRI had marked up growth rates for 2011 and marked them down for 2012. He said the Government was somewhere in the mid range as far as forecasts went. From that point of view, he said, "we are on solid ground".

Mr Noonan also said that the IMF "stood ready" to help in the euro zone debt crisis through bigger contributions from the organisation's members. But he said there were no discussions at this morning's EcoFin meeting on the ECB channelling funds to the IMF.

Cutbacks the reality for the next decade

An economist has warned that belt-tightening and cutbacks are the reality for the next decade.

Friends First economist Jim Power, in a pre-budget quarterly economic outlook, says however that the country has made progress and the Government must remain resolute and continue on its current fiscal path.

Mr Power predicts that house prices will fall by another 8% in 2012 while the unemployment rate is likely to average 14.3% this year and 14.1% next year. He also says that GDP will grow by 1.4% next year, while GNP will contract by 0.3%.

The economist says that Finance Minister Michael Noonan must ''remain steadfast in his commitment to get our economy back on track. Borrowing must be brought under control to stabilise debt levels.''

He said that choices will have to be made and those choices must not damage employment. ''In this regard, a VAT rate increase is preferable to an increase in income tax, which would be more damaging to employment,' he stated.

He also said that Ireland is powerless to influence the current euro zone crisis, but warned that a contingency plan is necessary in the event of the system falling apart. This could involve an re-establishment of the sterling link.

He believes that greater fiscal federalism will be the new reality for the euro zone, if the Germans agree to bail out Europe out of current chaos. 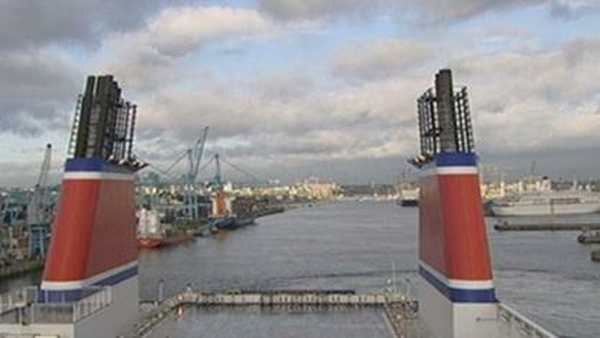