EU Economy Commissioner Olli Rehn says he cannot envisage the collapse of the euro, and that Italy is and will remain a central part of the single European currency.

He was speaking after the Italian government said that German Chancellor Angela Merkel and French President Nicolas Sarkozy had voiced fears that an Italian debt collapse "would inevitably be the end of the euro, stalling the process of European integration with unpredictable consequences".

After meeting Italian Prime Minister Mario Monti in Rome, Rehn also said strong financial firewalls are needed to prevent the euro zone debt crisis spreading and damaging the wider economy. He said the crisis had already moved from the weaker economies of the euro zone to affect the heart of the single currency bloc.

The French and German leaders met Monti in Strasbourg yesterday, and Italian cabinet was briefed on the talks this morning.

Meanwhile, Italy paid a record 6.5% to borrow over six months today and its longer-term borrowing costs soared far above levels seen as sustainable for public finances, raising the pressure on the euro zone's third biggest economy.

Italy managed to raise €10 billion in a bond auction, but the yield on six-month debt almost doubled compared with a month earlier and showed that the appointment of an emergency government to tackle the debt crisis had failed to put a brake on spiralling borrowing costs.

Though Italy raised the full planned amount, weaker demand and the highest yields since the country joined the euro frightened investors, pushing Italian stocks lower and bond yields higher on the market.

On bond markets, the closely-watched rate of interest on ten-year bonds stood at 7.32% this evening.

The sovereign crisis gripping the euro zone escalated this week after a German Bund auction met poor demand, highlighting the growing threat of contagion from weaker peripheral countries such as Italy to healthier core economies. 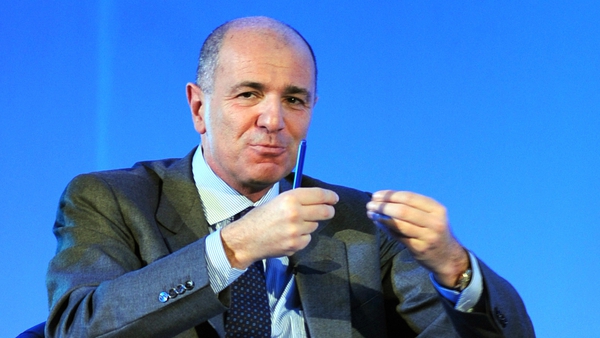