The euro zone's rescue fund, the European Financial Stability Facility, has raised €3 billion for Ireland in a bond auction, but it had to pay a higher interest rate than in previous auctions.

The EFSF auction had to be postponed last week due to the turmoil on the financial markets.

The fund borrows money on the international markets on behalf of those countries receiving emergency assistance.

It carries a triple-A rating and should ideally have no problem borrowing money at relatively low interest rates.

But today, demand was only slightly more than the €3 billion on offer and the effective rate or return paid to buyers of the bonds was 3.59%, higher than anticipated. At the last such sale in June, the bonds were sold at rates around 0.8 percentage points lower.

The funds will be disbursed to Ireland on 10 November. 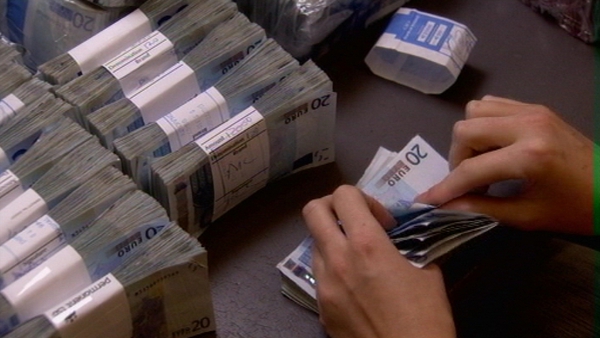