The Government's mid-term economic review, published this afternoon, says €3.8 billion worth of measures are now planned in the forthcoming Budget.

The adjustment planned for Budget 2012 is some €200m more than thought earlier this year, due to lower than expected growth next year. The Government says the bigger adjustment is needed to bring the deficit down to the target of 8.6% of GDP next year, as agreed with the EU and IMF.

€1.6 billion of the adjustment will come from increased taxation measures - including €1 billion from new tax measures. Spending cuts will account for €2.2 billion, including a further €750m reduction in capital spending.

Details of current and capital spending measures will be announced in the coming weeks, with details of the tax measures coming on Budget day, December 6.

The review says the Government is aiming not to make any further substantial changes to income tax in the Budget, as it says taxes on employment should be kept to a minimum.

The Programme for Government commits it to maintaining current income tax rates, bands and credits.

The document says the Government is looking at VAT, excise duties and carbon taxes to see how tax revenue can be increased.

Finance Minister Michael Noonan told a press conference there was a commitment under the EU/IMF programme to VAT increases, though not above 23%, a property tax and carbon tax increases. He said he would be "fairly certain" there would be no need for income tax changes in the coming years.

€12.4 billion planned for next four years

This year's adjustment It is part of €12.4 billion of measures to be taken over the next four budgets to bring Ireland's deficit below the target of 3% of economic output laid down by the EU/IMF programme.

The review says spending cuts will account for €7.75 billion of the four-year total, with €4.65 billion coming from tax measures.

It says the Government will try to implement the measures in a way which will not hamper economic recovery.

The main reason for the increase in the size of this year's adjustment is the fall-off in economic growth in Ireland's main trading partners over the past few months, leading the Government to revise down its estimate of growth next year from 2.5% to 1.6%.

It has also lowered its average growth forecast for the following three years from 3% to 2.8%. The economy is expected to grow by 1% this year.

The review says the implications of weaker growth for the jobs market are "a matter of particular concern". It estimates that employment will have risen by only 65,000 by 2015, leading to only a modest fall in the unemployment rate to 11.6%.

The Government says it will publish further details about the tax and spending measures planned from 2012 to 2015 in December's Budget, adding that it wants to help rebuild business and consumer confidence by providing clarity about its future plans.

The review warns that the tax take for this year could fall short of the target by around €450m due to weakness in some areas, notably VAT. But it says the overall deficit for this year is expected to be 10.3% of GDP, within the target of 10.6%.

The document says that 14% of tax revenue this year will go towards paying interest on the national debt, with this rising to just under 20% in the coming years.

Business group IBEC said the scale of the budgetary adjustment was "about right", but warned that there was an excessive reliance on tax increases which would undermine future growth.

"Over the next four years the government should do much more to reduce current expenditure, rather than relying on tax rises to meet targets," said director general Danny McCoy.

The Construction Industry Federation criticised the decision to cut capital spending by €750m in 2012. Its director general Tom Parlon called on the Government to identify which projects would be funded under the new capital plan.

Business group Chambers Ireland said it was concerned about the effect of potential rises in VAT on consumers confidence.

TASC director Nat O'Connor also said the decision to cut capital spending by €750m in 2012 amounts to "the easy option trumping sound economics", adding that capital spending was crucial in order to maintain and create jobs. 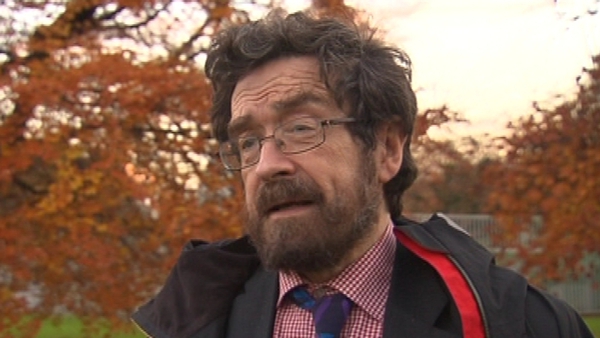 €3.6 billion will be enough, says IBEC