The head of the euro zone finance ministers' group has played down the chances of European leaders laying out a detailed plan to save the euro at a summit which began this evening.

Luxembourg Premier Jean-Claude Juncker, head of the group, said leaders were "near the moment of truth", and that tangible decisions had to be taken today.

But the Eurogroup chief added: "We will likely not set out everything in the finest details but the general direction".

Arriving at the summit this evening, German Chancellor Angela Merkel said there were still lots of problems to solve and a lot of negotiations ahead, but she was sure that progress would be made.

Also speaking in Brussels, Taoiseach Enda Kenny said he hoped that by the end of the summit, discussions would have progressed to the point where there was "a clear intent" as to how the EU's leadership was going to solve the euro zone crisis.

Their remarks signalled that European leaders were struggling to fulfill their promise to seal a "comprehensive package" to resolve the debt crisis at their second summit in three days.

Euro zone officials were in tense negotiations with banks over how big a hit they should take on their Greek debt holdings. Officials want banks to accept a 50% to 60% write-down, while the lenders are offering 40%.

The group of big banks negotiating on the issue said today they had made a "significant new offer" to European officials.

European leaders are also unlikely to come up with a headline-grabbing figure in their attempt to boost the firepower of the euro zone's €440 billion rescue fund, the European Financial Stability Facility (EFSF), diplomats said.

Italian Prime Minister Silvio Berlusconi is also under massive pressure to provide evidence of his willingness to cut his country's massive debt, amid growing worries Italy will be the next victim of the crisis.

This afternoon, German deputies voted to give Chancellor Angela Merkel a broad mandate to boost the firepower of the euro zone bail-out fund, hours before the EU summit.

Merkel won the backing of 503 members of the 620-strong Bundestag lower house of parliament, while 89 members rejected it and four abstained. During the special session Merkel said the euro's weaknesses must be resolved "now or never".

"The fundamental weaknesses and holes in the construction of the economic and monetary union must either be addressed now or, I say, never," she told German MPs. "And if we address them now, then we will have seized the opportunity this crisis presents us. Otherwise we will have failed," she said.

Merkel told the Bundestag, the lower house of the German parliament, that resolving the weaknesses of the common currency could only be done via changes to European treaties.

China to invest in EFSF - sources

China has agreed to invest in Europe's bail-out fund, two senior EU diplomats told AFP today. "China is in," said one of new plans to boost the European Financial Stability Fund (EFSF) with a spin-off investment vehicle to be used to prop up debt-laden nations.

"But not yet Brazil, Russia, India or South Africa," he added, referring to the four other countries in the BRICS group of emerging powers.

The diplomats gave no indication as to the scale of China's likely investment, although an EU official said EFSF chief executive Klaus Regling would leave for Beijing on Thursday, after the summit. Asked whether other BRICS countries had formally indicated a similar interest, another diplomat said he was "not aware they have".

The five emerging giants form a key lobby going into a G20 summit on November 3-4 at which the US leads global demands for a lasting European Union solution to the debt crisis that began in Greece nearly two years ago.

"Argentina has said no," the second diplomat said of global talks about designing a new vehicle that would allow EU leaders to leverage up the €440 billion EFSF into a €1 trillion war chest.

The reports on China came as it was announced that the head of the euro zone bail-out fund will visit the country this week. Klaus Regling, chief executive of the EFSF, will be in the Chinese capital on Friday, the EU delegation in China said in a statement.

The state-owned China Daily newspaper, citing a source close to EU decision makers, said today that China and other top emerging economies had agreed to help euro zone countries by contributing to the bail-out fund.

Leading emerging economies would help to finance the EFSF through the International Monetary Fund, which would boost their voting rights in the Washington-based lender. The agreement may be written into the final document at the second summit, the unidentified source told the English-language newspaper. 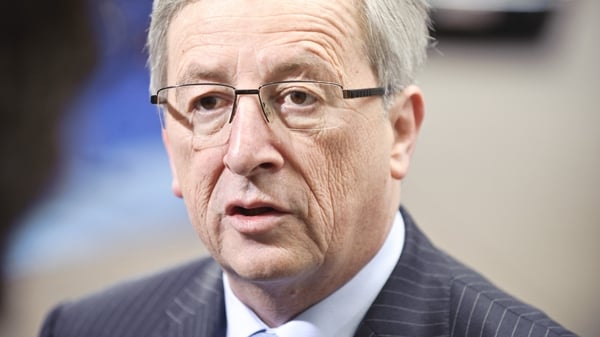