The Organisation for Economic Co-operation and Development (OECD) says Ireland should cut its budget deficit faster than planned under the EU-IMF programme, if growth conditions allow.

It also says unemployment benefits should be reduced the longer a person remains without a job. The OECD report also says electricity prices are too high, and could be reduced by scaling back payments for wind, wave and solar generated power. It says teachers and schools should be performance-tested and the results made public.

In its latest report on Ireland, the OECD says that, to regain market confidence, Ireland cannot afford to miss targets set in the EU-IMF programme. It says if the economy is growing sufficiently strongly "the authorities should reduce the deficit faster than required by the programme".

It also shares the concern of the Fiscal Advisory Council on Ireland's long-term debt position, saying the heavy debt burden of the country puts a premium on reversing the debt trajectory and setting it on a downward slope.

To help concentrate minds, it says, the Government should focus on a debt-to-GDP ratio to be achieved by a specific date. As debt trajectory is sensitive to medium-term growth prospects, it says growth-friendly structural reforms will help to bring down the debt ratio faster with less need for spending cuts or tax rises over the longer term.

It urges the Government to concentrate its budget adjustment on spending cuts. It says that although 60% of the consolidation measures being implemented for the 2008-2012 period are on the spending side, the Government ought to tilt the balance further in favour of spending cuts over tax increases.

But the OECD says that, even after implementing measures such as a property tax, Ireland will still have a low level of tax as a percentage of GDP compared with other OECD countries, giving the Government space to use additional tax measures if needed.

It adds, however, that the 12.5% corporation tax rate should not be raised, as to do so could undermine investor sentiment. In addition, it says, high corporation taxes tend to be the most harmful to growth. It says Ireland's corporate tax to GDP ratio is around the OECD median, and that the effective tax rate is close to the statutory rate, indicating a wide base for corporation tax.

It warns the Government that, in keeping the low corporate tax rate, it must broaden the tax base in other areas and ensure strict implementation of OECD guidelines on transfer pricing.

It says keeping tight control of public sector wages and numbers should remain a priority, as it assists consolidation, assists social cohesion by spreading the burden, and demonstrates wage restraint to the wider economy.

It says wage restraint will be necessary for a prolonged period to assist in reducing further Irish unit labour costs, to increase the competitiveness of the economy.

The OECD is concerned at the high level of unemployment in Ireland, which it says will persist for a long time without measures to get people back to work. It says further work should have three broad pillars - welfare reform, better activation policies , and sustained reduction in labour unit costs. It says the latter, essential to improve competitiveness, requires medium-term wage restraint, with the public sector setting the tone for the rest of the economy.

In direct contradiction to research published yesterday by the ESRI, the OECD says replacement rates for long-term unemployed (the level of social welfare payments relative to wages) in Ireland are among the highest in the OECD. It says recent cuts in social welfare rates have not addressed one of what it calls "one of the system's main shortcomings, notably non-tapering replacement rates" - in other words, dole payments do not reduce over time, which it says acts as disincentive to return to take a job.

The OECD says there is a risk of further falls in house prices, as they remain high in comparison with rents and incomes.

OECD critical on electricity and education

Examining costs in the economy, the OECD says electricity remains expensive by international standards, and that the retail margin is probably too high. It says achieving the Government's target of generating 40% of electricity from renewable energy sources should be achieved at the least possible cost.

It says incentives to encourage investment in alternative generating systems risks increasing the price to consumers with no net environmental gains. It says the feed-in tariff scheme - known as REFIT - should be made more cost effective by discontinuing support for offshore wind, tidal or wave electricity, and suppressing fixed payments.

The OECD is also strongly critical of the education system for falling behind in reading and maths scores over the past decade, despite a record level of investment that saw Ireland catch up with and even exceed the average OECD spend on education.

It says the Irish school system is characterised by limited accountability mechanisms. It says the inspection of the work of individual teachers falls almost exclusively on primary teachers on probation, and that limited data on comparative school performance is made available to the public.

The OECD says the authorities should set up mechanisms to systematically evaluate teachers' and schools' performance, and make the results public when adjusted for social-economic background. It says evaluation results should have implications for career progression, and inform any needed corrective action in relevant areas - notably extra teacher training at primary and secondary level, especially in maths.

Finance Minister Michael Noonan has welcomed today's report. ''I also welcome the worthwhile and timely recommendations on how to strengthen the policy response in these areas as well as to prevent unemployment becoming embedded and to improve competitiveness further. These recommendations will feed into the preparation of the budget,'' he added.

He said the OECD had noted that while the Irish economy faces tough challenges its long-term prospects now appear better than many of the other hard hit European countries. 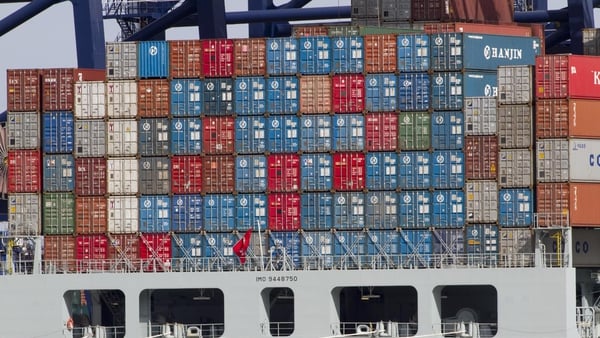