The Portuguese government today presented a 2012 budget with toughened austerity measures to meet the targets set by its international bail-out.

"The country is going through a national emergency," Prime Minister Pedro Passos Coelho said in a televised address after his cabinet approved the 2012 budget.

In the context of economic contraction, "the adjustment process will have to be deeper and include more stringent measures," he added.

Among these, Coelho announced the temporary suspension of 13th and 14th month salary payments for civil servants and pensioners who earn more than €1,000 a month. In the private sector, employees will be requested to work half an hour more per day. VAT is set to be hiked while the health and education budgets will be slashed.

"These measures are temporary and will remain in place only during the financial aid programme," the prime minister said. "We have objectives and we will attain them" Passos Coelho stressed, as "the credibility of the country is at issue".

He added that when he became prime minister, "I never imagined that I would have to announce such severe measures to the country."

Portugal in May received a €78 billion bail-out from the European Union and International Monetary Fund, conditioned on a tough austerity programme. "We have to do more, much more than what was initially planned," the prime minister said.

He received some encouragement from Klaus Regling, the head of the European Financial Stability Facility, designed to help debt-laden euro zone countries.

Speaking in Lisbon, Regling insisted that Portugal could become a second euro zone "success story" after Ireland. Portugal, Ireland and Greece are the three euro zone economies to receive EU-IMF bail-out loans due to their excessive debt problems.

"Portugal started the adjustment process about six months later than Ireland and I think you have a very good chance" with a new government that has a mandate to implement reforms, and the parliamentary majority to do it, Regling said.

"It's very clear to me that the global investors understand Europe much better today that before the crisis," he added. "They know how to distinguish Portugal, Ireland and Greece,'' he said.

The new budget drafted by the Portuguese government is to be submitted to parliament for debate today, followed by a vote expected by the end of the month. Portugal needs to reduce its public deficit from 9.8% of gross domestic product in 2010 to 5.9% by the end of this year. 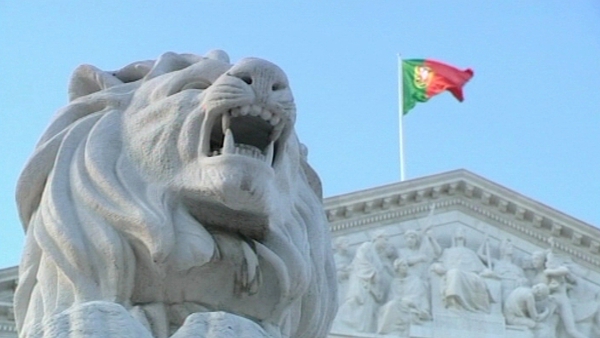