China's consumer price index rose 6.1% in September from a year earlier, the government said today, slowing marginally from an annual rise of 6.2% in August.

Stubbornly high inflation persisted despite government moves to rein in soaring food and housing prices, which Beijing fears could cause social unrest as citizens face higher living costs. Inflation hit a more than three-year high of 6.5% in July.

China has already implemented a number of policies over the past year to try to slow the rise in prices, including restricting the amount of money banks can lend and hiking interest rates five times since October last year.

The slight slowdown in inflation in September is unlikely to convince the government to radically loosen its tight credit policy, at least in the short-term, analysts said.

The key food component of inflation rose 13.4% year-on-year in September, unchanged from the August level, the National Bureau of Statistics said in a statement.

Chinese Premier Wen Jiabao said just last month that he "cannot relax" due to soaring prices in China that have led to steep rises in the cost of food, as he vowed to step up the fight against inflation.

Food prices are of particular concern, as they affect the daily lives of everyone in the country, with foodstuffs accounting for more than one-third of the monthly spending of the average Chinese consumer.

However, the producer price index - a measure of inflation at the wholesale level - rose 6.5% year on year in September, slowing from a 7.3% rise in August, the bureau said.

The government had originally set a target of 4% for overall inflation in 2011, but officials have already admitted it will be difficult to keep consumer prices within that target. 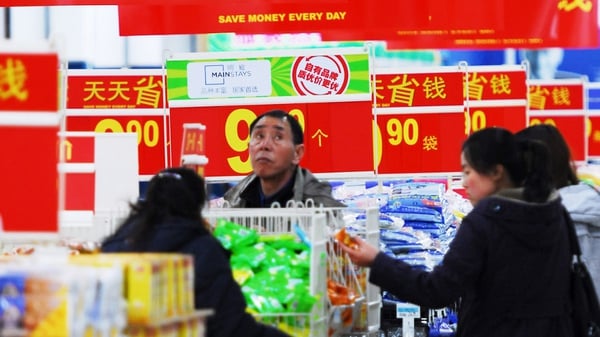