The IMF/EU/ECB debt inspectors have said that Greece's 2011 fiscal target is 'no longer within reach.'

In a statement, the Troika said that additional measures announced by the Greek government combined with implementation of the adjusted medium-term fiscal strategy would be enough to bring the fiscal program back on track and ensure that a deficit target of €14.9 billion would be met in 2012.

The debt inspectors said additional measures are needed for 2013-2014 and said that the Greek privatisation revenues will be significantly lower than expected this year.

"The recession will be deeper than was anticipated in June and a recovery is now expected only from 2013 onwards," the statement said.

"Delays in the preparation of the assets for privatisation, and to some extent worse market conditions, mean that revenues in 2011 will be significantly lower than expected."

Overall progress of structural reforms had been uneven, the Troika found, and a reinvigoration of reforms remained the overarching challenge facing the Greek authorities.

The Troika identified a decision to suspend the mandatory extension of sector-level collective agreements to the firm level as "a major step forward", saying that it would help to "ensure the flexibility in the labour market needed to boost growth and prevent high unemployment from getting entrenched".

Overall, the Troika found, the Greek authorities were continuing to make important progress, notably with regard to fiscal consolidation.

But, it found, it was essential that the authorities put more emphasis on structural reforms in the public sector and the economy more broadly.

European stock markets were anxious in trading ahead of a key vote on expansion of EFSF in Slovakia.

Fresh strikes hit Greece, the epicentre of the storm, a day after the European Union postponed a key summit and euro zone chief Jean-Claude Juncker admitted a write-down of Athens' debt could cost creditors much more than first thought.

With costly bank re-capitalisations needed to bolster the financial system, leaders faced a tough day after promising a definitive solution before G20 talks on November 3-4.

Helping Greece, the banks and, if the downward spiral continues, Belgium, Spain, Italy and even France, led euro zone states in July to agree measures to bolster the EFSF in an effort to prevent further contagion. 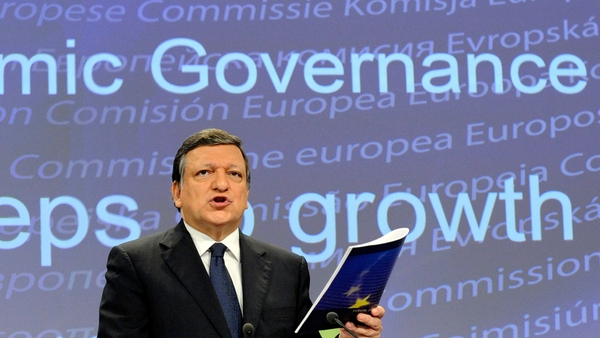