Steve Jobs, the Silicon Valley entrepreneur who reinvented the world's computing, music and mobile phone industries and changed the daily habits of millions around the globe, died last night at the age of 56.

The Apple chairman's death after a years-long battle with pancreatic cancer sparked an immediate outpouring of tributes as world leaders, business rivals and fans alike lamented the tragedy of his premature passing and celebrated his monumental achievements.

"The world has lost a visionary. And there may be no greater tribute to Steve's success than the fact that much of the world learned of his passing on a device he invented," US President Barack Obama said in a statement.

Fans paid homage to Jobs outside Apple stores around the world, from Los Angeles to Sydney. Outside one store in New York City, mourners laid candles, bouquets of flowers, an apple and an iPod Touch in a makeshift memorial. In San Francisco, they held up black-and-white portraits of Jobs on their iPads.

Many websites, including Apple's own, were transformed into online memorials, a testament to the digital creativity that Jobs inspired.

"For those of us lucky enough to get to work with him, it's been an insanely great honour," said Microsoft's Bill Gates, who once triumphed over Jobs but has seen his legendary status overtaken by the Apple co-founder in recent years.

Jobs was surrounded by his wife and immediate family when he died in Palo Alto, California, Apple said late last night. He stepped down as Apple CEO in August and handed the reins to long-time operations chief Tim Cook.

With a passion for minimalist design and a genius for marketing, Jobs laid the groundwork for the company to continue to flourish after his death, most analysts and investors say.

But Apple still faces challenges in the absence of the man who was its chief product designer, marketing guru and salesman nonpareil. Phones running Google's Android software are gaining share in the smartphone market, and there are questions over what the next big thing is in Apple's product line.

A college drop-out and the son of adoptive parents, Jobs changed the technology world in the late 1970s, when the Apple II became the first personal computer to gain a wide following.

He did it again in 1984 with the Macintosh, which built on the breakthrough technologies developed at Xerox Parc and elsewhere to create the personal computing experience as we know it today.

The rebel streak that is central to his persona got him tossed out of the company in 1985, but he returned in 1997 and after a few years began the rollout of a troika of products - the iPod, the iPhone and the iPad - that again upended the established order in major industries.

A diagnosis of a rare form of pancreatic cancer in 2004 initially cast only a mild shadow over Jobs and Apple, with the CEO asserting that the disease was treatable. But his health deteriorated rapidly over the past several years, and after two temporary leaves of absence he stepped down as chief executive and became Apple's chairman in August.

Jobs' death came just one day after Cook presented a new iPhone at the kind of gala event that became Jobs' trademark. Perhaps coincidentally, the new device got lukewarm reviews, with many saying that it was not a big enough improvement over the existing version of one of the most successful consumer products in history.

Apple yesterday paid homage to its visionary leader by changing its website to a big black-and-white photograph of him with the caption "Steve Jobs: 1955-2011."

Cook said in a statement that Apple planned to hold a celebration of Jobs' life for employees "soon". "Steve's brilliance, passion and energy were the source of countless innovations that enrich and improve all of our lives. The world is immeasurably better because of Steve," Apple said in a statement.

News of Jobs' death came after almost all trading in US stocks had finished for the day. Apple's stock was last quoted at $377.22, a tad lower than its Nasdaq close of $378.25.

Jobs, in his trademark uniform of black mock-turtleneck and blue jeans, was deemed the heart and soul of a company that rivals Exxon Mobil as the most valuable in America. Forbes estimates Jobs' net worth at $7 billion. It was not immediately known how his estate would be handled.

His health had been a controversial topic for years and a deep concern to Apple fans and investors. Even board members have in past years confided to friends their concern that Jobs, in his quest for privacy, was not being forthcoming enough with directors about the true condition of his health.

Born in San Francisco, the Buddhist and son of adoptive parents started Apple Computer with friend Steve Wozniak in his parent's garage 1976.

Six years ago, Jobs had talked about how a sense of his mortality was a major driver behind that vision. "Remembering that I'll be dead soon is the most important tool I've ever encountered to help me make the big choices in life," Jobs said during a Stanford commencement ceremony in 2005.

"Because almost everything - all external expectations, all pride, all fear of embarrassment or failure - these things just fall away in the face of death, leaving only what is truly important."

Taoiseach Enda Kenny has paid tribute to Apple co-founder Steve Jobs on the news of his sad passing. He said Mr Jobs was a creative genius who broke down walls in business and opened doors in people's minds.

''His innovative prowess in the area of technology has brought about a level of access to information for millions that few would have ever foreseen. His legacy will be not just his products and business achievements but also the way in which he altered mindsets in the business world and in everyday life", he added.

“Steve Jobs was an unrivalled innovator and visionary whose designs and products changed how people interact with technology. Both he and Apple became icons of the technology revolution,” IDA Ireland CEO Barry O’Leary said. 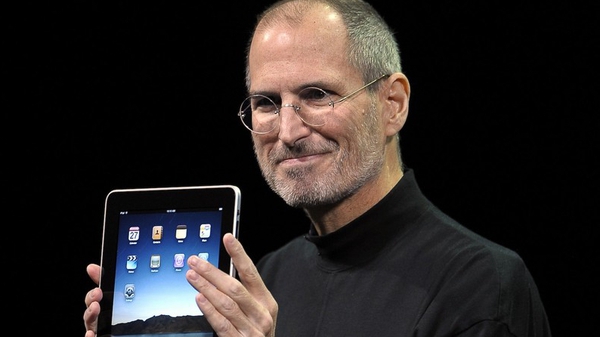