The Central Bank says the Irish economy should achieve growth of around 1% of GDP this year. It has revised upwards its growth estimate to 1% from its earlier estimate of 0.8% on the back of a stronger than expected economic performance in the second quarter.

In its latest quarterly economic bulletin, the Central Bank said that growth in the first half of the year was so strong that even the emerging evidence of a slowdown in the international economy in the second half will not tip the Irish economy back into negative territory.

But the bank has revised its growth estimate for next year downwards to reflect much weaker demand in Ireland's main trading partners in 2012. It now expects GDP growth next year of 1.8% compared to earlier forecasts of 2.1%.

GNP, which better reflects the domestic economy, is expected to contract this year by 0.4%, and grow next year by 0.7%.

The Central Bank expects incomes and employment levels to stabilise next year, but unemployment will remain high at 14%, with a small decline in unemployment due to emigration or people dropping out of the labour force.

The Central Bank also argues the case for making a bigger budget adjustment than the €3.6 billion agreed for next year in the EU-IMF programme. It says bringing forward some of the planned adjustments to 2012 could build some resilience into the public finances, and would lower the overall cost of the adjustment programme by reducing debt levels faster and saving interest costs.

It also feels the negative impact of a faster adjustment may no longer be significant, because households have a very high savings rate anyway, because of uncertainty over the economic situation.

But it cautions against overloading the adjustment programme. It says personal consumption - which accounts for roughly half the economy - will fall by 2.6% this year, and by 0.8% next year.

It also expects housing completions this year of 10,000 units - down almost 90% from the peak year of 2006. It expects housing output to remain at this level next year, consistent with a near 10% fall in investment.

In terms of competitiveness, the bank says more competition is needed in private sector service providers, as well as in the public sector.

It says the economic changes are significant, but pushing ahead with them would send a signal of the adaptability of the Irish economy, increasing confidence among investors, which it says would be beneficial to the adjustment process.

Finance Minister Michael Noonan has said he is very pleased with the latest statistics from the Central Bank.

He said the reduction in growth projected for 2012 was only in the order of a quarter of one percent. He said he had expected a more significant markdown, given the decline in the economies of the country's export customer countries.

He added that Department of Finance officials would have to make their own projections and this would be crucial to the budget preparations. 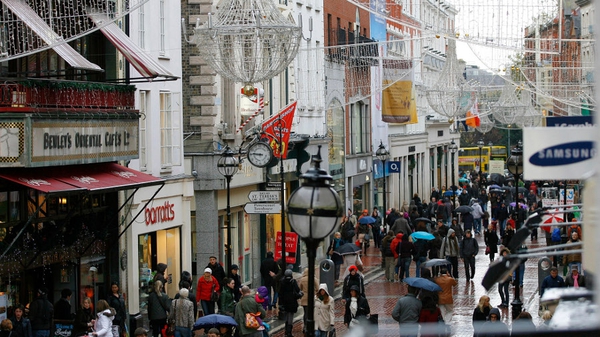