Aer Lingus has warned the Government against selling its 25% stake to a larger rival, saying this could undermine its business model by damaging current partnerships and driving up costs.

Transport Minister Leo Varadkar was quoted as saying last week that the Government had received expressions of interest from airlines and investment firms in its stake.

In a meeting with investors and analysts, CEO Christoph Muller indicated that the airline would prefer a sale to an institutional investor as it would allow it to remain outside the major alliances and maintain a series of bilateral deals.

"We make money on our neutrality. When the government stake is discussed ... before we jump to the conclusion of a trade buyer we should be very careful," Muller told a meeting with investors broadcast on its web site.

Earlier, Aer Lingus said its performance during the key summer months of July and August of this year was better than the same time last year.

In a trading update issued ahead of an investor day presentation, the airline said that yields per passenger for July and August increased by 4.6% compared to last year.

It said that passenger volumes for July and August rose by 1.4%, and passenger yields are 7.1% ahead so far this year.

Aer Lingus said that ancillary revenue per passenger increased by 5.1% compared to the same time in 2010 and is now in line with 2010 on a year to date basis.

'This revenue performance, combined with the ongoing benefits of the Greenfield cost reduction programme, meant that Aer Lingus traded ahead of the prior year in July and August,' the trading statement said.

The airline had said in August that strong bookings for the second half of 2011 meant it would recover from a first-half loss to post a full-year operating profit.

The Government has said it is considering selling its 25% stake in the airline. 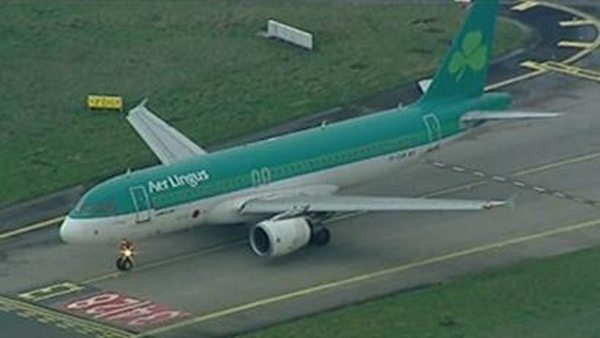