The chairman of Anglo Irish Bank, Alan Dukes, has said it is hopeful that the final cost to the State of dealing with the bank will be closer to €25 billion than the range of €29 billion to €34 billion forecast in September last year.

Speaking at the Oireachtas Joint Committee on Finance, Public Expenditure & Reform, Mr Dukes said that this was highly contingent on the property market, the general economy and the euro zone situation.

Mr Dukes said that he had not seen any substantial evidence to suggest we have reached the bottom of the property market yet.

He said he believed it might be possible to wind Anglo Irish Bank down more quickly than the 10-year timeframe set by the previous government. But he said a balance had to be struck between waiting to get a good price for assets and the cost of continuing to hold them.

In relation to former Irish Nationwide chief Michael Fingleton's bonus and watch, he said Anglo had renewed calls for him to repay the bonus and give back the watch - but had received no response.

Mr Dukes said that the new name of the bank - Irish Bank Resolution Corporation will become effective properly on October 14. 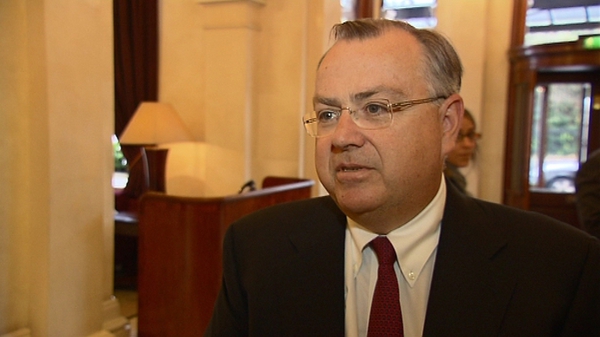