The Minister for Communications, Energy and Natural Resources has told the Dáil that the Government decided this morning that part of the ESB would be sold.

Pat Rabbitte said there would be a consultation process before any sale.

The Minister said the terms of the IMF/EU bail-out allows for the sale of assets to raise funds. He said there was no decision yet on the percentage stakeholding to be sold.

A minority stake could in theory cover the Government's €2 billion privatisation target, analysts said. The Government has not, however, agreed a specific target with its EU/IMF lenders and the IMF has urged Dublin to consider a much larger €5 billion sell-off.

''The sale of a minority stake in ESB as an integrated unit has been agreed by Government," Minister Rabbitte said in the Dáil. "A minority stake is not control, and there is no question of this Government handing over control,'' he added.

The group's chief executive, Padraig McManus, said in February a sale of the entire company could raise between €6-8 billion. Last year the company reported revenues of €2.7 billion.

The Government has not decided the timing or size of the sale, but will not allow a majority stake to fall into private hands, the Minister said. "The ESB is of strategic significance in the Irish economy and we recognise that," he told the Dáil.

The Government has agreed to present a list of privatisation targets to the International Monetary Fund, the European Central Bank and the European Commission by the end of the year. A Government-chaired committee will report back with recommendations on the sale by the end of November, Mr Rabbitte said.

A report in April recommended the ESB's energy supply business, electricity distribution arm, generation assets and overseas interests should be sold as a single entity, but its transmission assets remain in state hands. Minister Rabbitte said, however, ESB would remain an integrated unit.

The ESB, which controls about 60% of the residential electricity market, has cut staff numbers to 6,911 from 7,783 two years ago.

Meanwhile, the UNITE trade union says it will ballot its members at ESB for industrial action up and including the withdrawal of labour over the proposed sale of a part of the state energy company.

''The short term gain from a fire sale of the ESB is far outweighted by the loss of energy security, loss of dividend for the taxpayer and the loss of services such as we have seen this week in repairing the network in adverse conditions,'' commented UNITE's Jimmy Kelly. 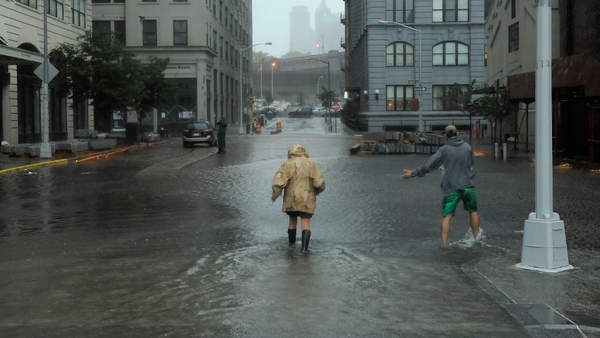