The Italian government today announced a cabinet meeting to authorise a confidence vote on an austerity package to speed its adoption amid the euro zone member's burgeoning debt crisis.

Italy announced the €45.5 billion austerity package last month, but its credibility among investors had been undermined by several changes the government made in the following week.

After Prime Minister Silvio Berlusconi met with coalition leaders today they announced the package will again include a wealth tax, raise the VAT sales tax and make pension reforms.

The government also said it would also adopt balanced budget rule on Thursday as part of efforts by the beleaguered euro zone member to regain the confidence of markets.

A wealth tax of 3% on revenues above €500,000 was put back into the package today, after a tax of 5% had been cut last week under pressure by Berlusconi.

The VAT sales tax will go up one point to 21%, according to statement issued after the ruling coalition meeting. The retirement age for women in the private sector, now at 60, is to rise to 65 years as it is for men beginning in 2014, instead of 2016 as had been planned previously.

The measures should help Italy bring its budget back into balance in 2013 instead of 2014. The August austerity package was announced as investors fled Italy's bonds, forcing the country's borrowing costs to unsustainable rates.

The European Central Bank undertook a major intervention on secondary bond markets to reduce the tension that had also seen Spanish borrowing rates soar. Italy, which has debt of 120% of its national output, had also adopted a €48 billion austerity plan in July. 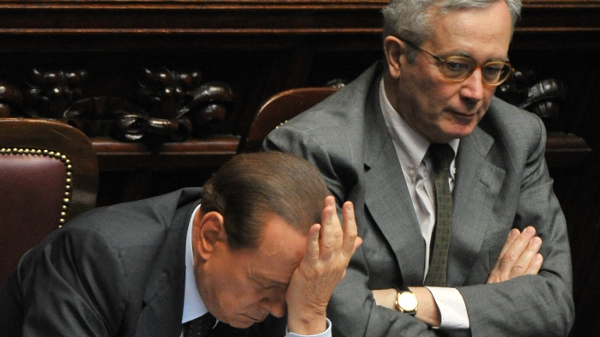