The Governor of the Central Bank, Patrick Honohan, has raised the possibility of a new, stand-alone debt settlement agency being part of new measures to help people in arrears.

Mr Honohan told the Oireachtas Finance Committee that the fact the Government had set up an interdepartmental group to examine arrears meant the State was now closer to drafting legislation on the issue.

He suggested the committee was examining reform of bankruptcy legislation, and also said it could include a debt settlement agency.

He added he would see this operating on a stand-alone basis.

He said it could deal with a variety of lenders to which a single borrower owes money.

This could lead to a more efficient and streamlined system for dealing with consumer debt, he added.

But he warned that any arrangements to protect mortgage holders must not provide an incentive for people to escape from their obligations.

In relation to banks dealing with arrears, he stressed it was not for the banks to give a gift to borrowers. He said it was their job to get as much capital back as possible.

Professor Honohan said Irish banks were "behind the curve" when it came to dealing with distressed mortgages.

He said the Central Bank was not fully satisfied with the way the banks were dealing with customers in arrears with their mortgages.

Professor Honohan said banks needed to put more resources into dealing with struggling customers, who also needed to come forward and deal with their banks.

He said the Central Bank's consultants Blackrock, who conducted stress tests on the banks' mortgage books at the start of the year, had remarked that there were widely varying approaches to dealing with mortgages among the Irish banks.

He said Blackrock had noted that differences in approach between the banks were "extraordinary".

He said the banks needed a wider range of options for those unable to repay their mortgages.

It might, he said, be possible that some, who have to surrender ownership of their home, could stay on in the home and rent it - possibly on a shared equity basis.

The governor told the committee that the state had no role in telling the banks how much or how little they must write off on loans.

On the economy, Professor Honohan said the economic recovery would be moderate and not very labour intensive.

But he said "modest employment growth" could emerge by late next year.

He also called on the Government to reduce uncertainty by announcing the complete set of changes it planned to make to bring the public finances into line, in as much detail as possible.

The governor said there was "no benefit to be gained by delay in this regard".

He also said the level of household indebtedness in the economy was falling, not rising.

Professor Honohan said that although the focus was rightly on mortgage repayments, most people were repaying their debts as normal, and some were even accelerating the repayment of their debts.

He said he has no regrets about going on RTÉ radio to tell the Irish people and the wider world what was going on, as he considered it necessary to avoid a potential crisis.

He said over the previous days there had been an intense series of negotiations involving a lot of people, but there was a sense in markets and in European political circles that the something was stalling in the process, and that something very serious was about to happen, and that the Financial Times was writing get ready for bank runs.

There was concern in European political circles, including in the ECB, about the negotiations, and there was a fear of a meltdown.

He said he was trying to reassure people behind the scenes that the talks were going ahead, but he believed that he was the only person who was going to tell people what was happening, and that he had a responsibility to do that.

He said his only personal regret was that he wrong-footed the late Brian Lenihan, who he said could have told people the day before the governors intervention, but it was Mr Lenihan's choice not to do so.

He said the deal negotiated was not a bad one, but he felt a number of opportunities for a better deal were missed because it was done quickly.

The notable problem was the high interest rates charged by the EFSF, a situation that has now been rectified.

Mr Honohan also pointed to last week’s call by the IMF head Christine Lagarde for the EFSF to use funds to directly capitalise banks, rather than lending on to states to do the same.

He said that in this case it would be the EFSF, rather than the Irish taxpayer who owned 99.8% of AIB and big stakes in all the other banks.

He said a scheme of that kind was something he had in his mind at the time of the bail-out, which might have been worked up into a detailed scheme, had there had been more time.

Also speaking to the committee, Financial Regulator Matthew Elderfield said if there were anecdotal examples of people being intimidated by banks he would want to know about it, and encouraged people to write to him about such issues.

Mr Elderfield said if that was the case "we will put pressure on the banks". 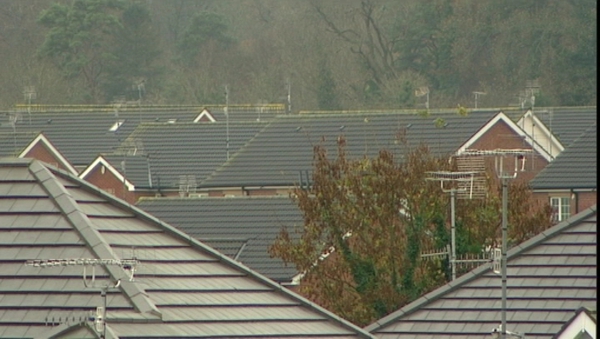 More than 7% of mortgages in arrears