British business secretary Vince Cable has accused the country's banks of using the euro zone crisis to resist industry reforms, as a government-appointed commission finalises plans to restructure the sector.

Business and industry groups have argued that a weak domestic economy and turmoil in the euro zone mean that banks, a powerful lobby group because of the importance of London's financial district to the UK economy, should not be burdened with extra regulation.

The coalition government supports reform but there are differences over how swiftly changes should be implemented. However, Mr Cable played down talks of a coalition split.

Britain's "Big Four" banks, Barclays, HSBC and part-nationalised lenders Lloyds and Royal Bank of Scotland, have stepped up their lobbying ahead of the Independent Commission on Banking's final report on September 12.

The ICB is expected to back proposals made in an interim report, when it said UK banks should ring-fence their retail operations from riskier investment banking operations to protect taxpayers from future crises.

"It is disingenuous in the extreme to use the current context to argue against reform. Banks are in a way trying to create a panic around something which they know has got to happen," Mr Cable told The Times newspaper.

Mr Cable, a former economist and a member of the Liberal Democrats, the junior party in the coalition government, has long argued for a tough line to be taken with banks.

Finance minister George Osborne, of the larger Conservative Party in the coalition, backs the ring-fence but could allow banks until 2019 to implement the plans, a timetable the Lib Dems believe is too long.

In a later interview, Mr Cable said he had worked closely with Mr Osborne on bank reform.

"I work very well with my coalition partners in the national interest on economic matters," he told the BBC.

"We come at this from different directions, but certainly on banking reform there is a common ground of the need to follow through on the report of the banking commission." 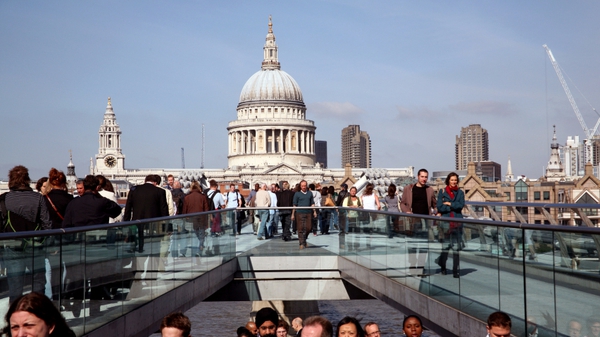