The latest figures from the Central Bank show that lending to consumers continued to fall last month, but there were signs of a slight pick-up in some sectors of business lending. The figures also show that deposits continue to fall.

Business loans with terms of between one and five years fell during the month, according to the Central Bank, while short-term and long-term loans rose.

Lending to consumers fell at an annual rate of 3.9% in July, the same figure as in June. Mortgage lending was down 2.4%, while lending for other purposes fell by 8.8%.

The Central Bank figures also show that private sector deposits - deposits from households, businesses, financial institutions and pension funds - fell at an annual rate of 10.4% in July, accelerating from June's 10% fall. In July alone, deposits fell by €1 billion, with household deposits accounting for almost half of the drop.

The amount which has been borrowed by financial institutions from the Central Bank as part of the euro system fell by €2.8 billion in July to €97.6 billion. The domestic banks accounted for €70.4 billion of this, down €1.6 billion from May. 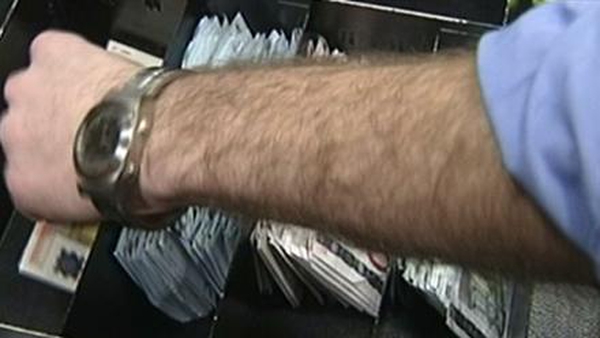