Stena Line has announced that the HSS fast-craft Dun Laoghaire-Holyhead service will be reduced to a seasonal operation from next month.

The company said the decision was taken because of the high cost of operating the Stena Explorer, which had traded at a financial loss for years, and it said that much of the turnover on the route was generated between May and September.

Stena Line said the fast craft service would operate for another fortnight - until September 13 - and would then be suspended until the 2012 season.

Stena said it hoped to start the service again in April or May although no decision has been made on an exact date.

The company will continue to operate two ferries year round between Dublin Port and Holyhead.

Area Director for Stena Line's business on the Irish Sea Michael McGrath said: "Despite all our attempts to reduce operating costs over the last few years, it has not been possible to return the route to profitability.

"We regret that this decision will have an impact amongst our ship's personnel and our port operations staff in Dun Laoghaire but this is a decision that has to be taken for the benefit of the overall business.

"We simply cannot continue to sustain these levels of financial losses.

"We will now embark on a period of consultation with our staff and their union representatives to discuss the implications of the proposed changes with them."

Stena says it hope to start the service again in April or May, although no decision has been made on an exact date.

It is believed around 53 staff will be affected by the decision. 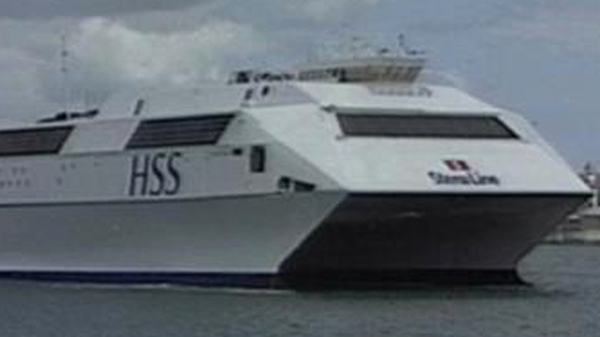