Ulster Bank has lowered its outlook for the Irish economy this year. Its latest report suggests that Ireland is on track for a return to positive GDP growth this year, but that a deterioration in the global outlook is set to slow that recovery down.

The bank says exports continue to play a lead role in driving the Irish recovery process, and that buoyancy in the export sector has compensated for ongoing weakness in domestic demand.

Economist Simon Barry says, however, that evidence of weaker than anticipated growth internationally and in some of Ireland's key trading partners, including the US, UK and euro zone, implies a less favourable outlook for Irish exports.

He is predicting GDP growth of 0.3% this year, compared with a previous forecast of 0.5% growth. Mr Barry says GNP - which excludes profits from multi-national companies - will fall by 0.8% this year. The economist has also lowered his GDP growth forecast for next year from 2% to 1.5%.

Ulster Bank expects a 'slight increase' in investment in 2012 following a four-year collapse. But it also expects consumer spending to drop another 3.1% this year, with another decline of 0.4% next year.

The bank expects employment to fall again this year, with the unemployment rate averaging 14.1%. 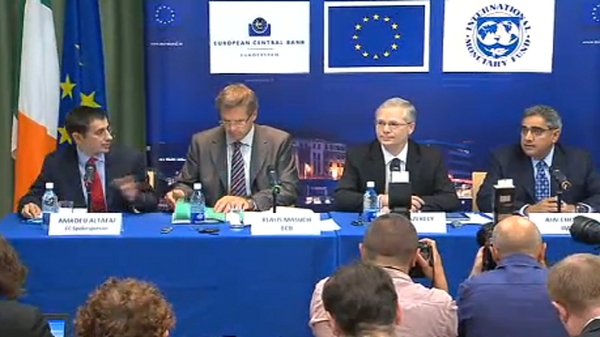