The European Commission has said it hopes to resolve, as soon as possible, the row over Finland's demand for collateral before it provides more cash for the next Greek bail-out.

A spokesperson for EU Economic and Monetary Affairs Commission Olli Rehn said this was important in order to 'restore confidence in the capacity of the eurozone to safeguard its financial stability.'

'Finland will insist on collateral, it is still the criteria for supporting the Greek rescue package. This is non-negotiable,' a government source said.

Helsinki and Athens came to an agreement last week on providing Finland with cash collateral for its part of the Greek bail-out plan announced in July but the accord was sharply criticised by Germany, Austria, the Netherlands, Slovakia and Slovenia.

Government ministers, including prime minister Jyrki Katainen, said this week Finland is open to negotiating a collateral scheme that would be acceptable to the rest of the euro zone nations but that some form of collateral was necessary.

Finance minister Jutta Urpilainen told a meeting of her Social Democratic Party yesterday that the demand for collateral will not be relinquished, adding that a provision for collateral was written into the rescue package at Finland's insistence.

Finland's collateral policy was written into the government programme in June and ratified by the parliamentary committee that oversees EU policy, which means neither Katainen nor Urpilainen can unilaterally change position on the issue.

Helsinki's contribution to the loan guarantees is estimated to be only around 2% of the total rescue worth €109 billion in direct aid plus another €50 billion from the private sector.

But growing public opposition to bail-outs and the stunning rise of the anti-EU Finns Party, formerly known as True Finns, in April's elections forced even the traditionally pro-EU Social Democrats to adopt a more critical stance.

While he declined to comment further, there was speculation about a compromise in which Greece would put up property or shares in state companies as collateral, rather than cash.

The Greek finance minister warned today that the country risked missing the 2011 budget targets laid down in its international debt bail-out because of a severe recession made worse by austerity measures.

‘We do not want to renegotiate’ the austerity measures demanded by the European Union and the International Monetary Fund, Evangelos Venizelos told parliament.

However, he said, ‘we would like to review the macroeconomic data (with them) ... and evaluate the budget objectives’ in view of a deeper-than-expected recession.

Venizelos said the government now expected the economy to shrink more than 4.5% in 2011, up from the 3.5% previously forecast.

Meanwhile, the Spanish government has reached an agreement with the main opposition People's Party to establish limits on the public deficit and debt.

The constitutional amendment, which will not include specific deficit cap figures, will be accompanied by a law that will set a ceiling for Spain's structural deficit.

The move by Madrid follows calls by Germany and France for countries at the centre of the euro zone's debt crisis to set obligatory limits on deficits in order to regain the trust of investors.

The meetings in Berlin with France's Alain Juppé on Monday and Thursday with premier Pedro Passos Coelho of debt-stricken Portugal will cover 'current foreign policy and European policy issues,' the spokesman said.

Merkel will also to sit down with her Slovenian counterpart, Borut Pahor, on Tuesday in Ljubljana as well as President Danilo Tuerk.

Germany and France, the political and economic heavyweights of the euro zone, have met frequently this month as the debt crisis rattled markets.

Juppe will also see his counterpart Guido Westerwelle while in the German capital. Portugal received a €78 billion from the European Union and International Monetary Fund earlier this year and agreed in return to stringent budget measures to scale back state spending.

Slovenia, which is still recovering from the 2008 global financial crisis, has joined Germany in opposing a demand by Finland for collateral on loans to ailing Greece.

Meanwhile, Sweden's finance ministry has significantly lowered its growth forecast for next year, saying it now expects the economy to expand by 1.3% instead of the 3.8% it estimated in April.

‘There is great uncertainty going forward and the risk of weaker development is predominant,’ the finance ministry said in a statement.

The finance ministry explained in its statement that Sweden, ‘as a small and export-dependent economy with a large financial sector, is affected by the increased unease on the finance markets and by the weakening global economy.’

It said Sweden was now expected to have ‘near-balance’ of 0.1% surplus in its 2012 budget, down from its April forecast that it would post a 1.8% surplus next year. 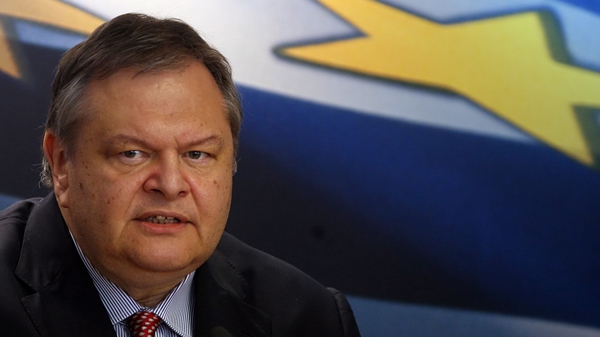 Calls for collateral for loans to Greece