New Beginning, an organisation that provides legal representation for home owners facing repossession, says up to 60,000 people face losing their homes unless a political solution is found for Ireland's mortgage crisis.

David Hall, co-founder of the group, believes up to 20,000 mortgages are unsustainable and may never be repaid.

Latest figures from the Central Bank - up until the end of March of this year - show that 72,883 residential mortgage accounts are in arrears, and 26,274 of those have already been restructured.

In the last four months, New Beginning has negotiated for seven mortgages to be written off by lenders, the majority of whom are sub-prime lenders. It is currently negotiating similar terms for others.

David Hall says the problem is now one of physics rather than economics, in that 'you can't get blood from a stone'. He says a political solution is needed to this growing problem, whether that involves debt forgiveness or debt restructuring.

He says the financial aspect may not be the biggest problem, but rather the societal issues it may cause.

New Beginning is getting over 50 calls a day from distressed homeowners, from a range of backgrounds, with various amounts of mortgage debt with the main banks and sub-prime lenders.

Tánaiste Eamon Gilmore says the Government is not considering 'some kind of blanket write-off of mortgage debt , as is being suggested by some'.

An expert group was set up by the Government's Economic Management Counsel before the summer and is chaired by an accountant. It has been asked to come up with proposals.

The Tánaiste says that expert group will report back at the end of September, and will inform the Government on what additional measures may be taken. 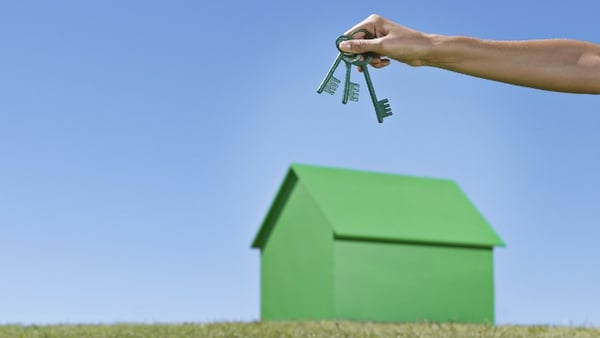 Mortgage figures down 53% on last year