President Nicolas Sarkozy of France and Germany's Chancellor Angela Merkel have called for the formation of a common government to help tackle the euro zone debt crisis.

They are proposing that the body, which should meet twice a year, should be headed by current EU president Herman Van Rompuy.

Speaking after a meeting in Paris, the leaders of the euro zone's two biggest economies said the 17 euro zone states should also adopt balanced budget laws by mid-2012 to stabilise their public finances.

Sarkozy also said France and Germany would be proposing a new tax on financial transactions. 'This is a priority for us,' he said.

Asked about the issue of eurobonds, or common bonds for the euro zone, Merkel said they would not help resolve the crisis. Sarkozy said France and Germany were at one on the issue, but he said eurobonds could be imagined, but only at the end of a process of euro zone integration.

The French president also said both countries were seeking to harmonise company tax rates for French and German companies.

Merkel also called for euro zone countries to commit themselves to act upon any critical comments on their budget plans from the European Commission, rather than just take note of them.

'We want to express our absolute will to defend the euro and assume Germany and France's particular responsibilities in Europe and to have on all of these subjects a complete unity of views,' Sarkozy told a news conference at his Elysee Palace offices, where he was flanked by Merkel.

'Germany and France feel absolutely obliged to strengthen the euro as our common currency and further develop it. And it is entirely clear that for this to happen, we need a stronger interplay of financial and economic policy in the euro zone,' Merkel said.

The two are under pressure to come up with plans to shore up the euro zone and restore financial market confidence after a year and a half of turmoil that has refused to die down despite bail-outs of Greece, Ireland and Portugal and the creation of a euro zone rescue fund. 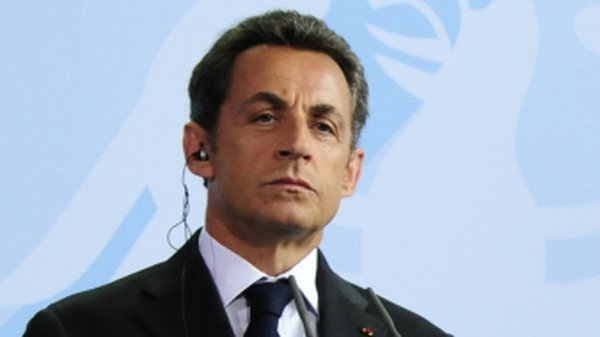