New figures show that Irish banks' reliance on emergency funding from the European Central Bank (ECB) fell under €100 billion for the first time in nearly a year in July but their borrowings from the Central Bank here rose.

Ireland's banks are reliant on central bank loans to fund their day-to-day operations after being largely frozen out of wholesale debt markets and losing tens of billions of euro in deposits.

Banks had outstanding loans from the ECB of €97.6 billion in funding at the end of July compared with €103 billion in June. Most of that figure refers to Ireland's six domestic banks but it also includes subsidiaries of foreign banks based in Ireland.

The Government withdrew some €17.6 billion of deposits from its banks last month and used the funds to recapitalise them under the terms of the EU/IMF bail-out deal but the transfer did not affect the banks' funding needs.

Irish banks are selling loan books and running off assets to reduce their reliance on emergency central bank funding and have to shrink their balance sheets by some €70 billion, or over a quarter of net loans, by the end of 2013. 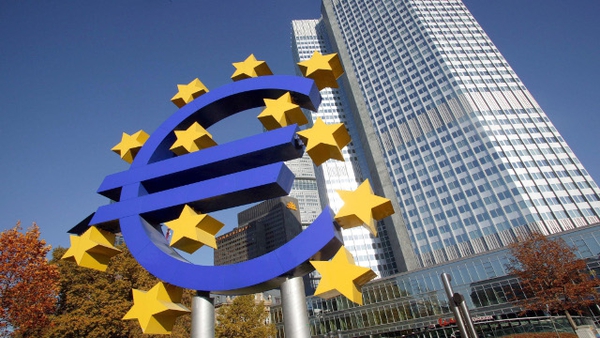 Banks' ECB borrowings eased in May