The Government's stake in Bank of Ireland is set to fall 15.1% after a successful rights issue and a €1.1 billion private investment from a group of international investors.

Almost 60% of Bank of Ireland shareholders took up shares in its rights issue, the bank said earlier this morning, a higher than expected result boosted by the announcement of the private investment on Monday.

Bank of Ireland said in a statement this evening that the investors are long-term value investors. It said they have recognised how the bank has faced up to and focused on dealing with its challenges, have endorsed its strategy and share its view that the economy here will come through a difficult period of adjustment and return to growth.

After the rump of the rights issue is distributed, the state's stake will fall from 36% to 15.1% and a group of investors will own 34.9%, the bank said.

It said the sale of the stake to the investors will require the approval of independent shareholders and added that an EGM will be held on the matter 'in due course'.

Bank of Ireland was told to raise €4.2 billion in additional core Tier 1 capital following stress tests earlier this year, which were required under the terms of the €85 billion EU-IMF bailout Ireland received last year.

As well as the €1.91 billion rights issue and stake sale, the bank has raised €1.96 billion by hitting junior bondholders with losses of up to 90%.

Meanwhile, AIB has said this evening that following its latest share placing, the Government's stake in the bank has increased from 93.1% to 99.8%. 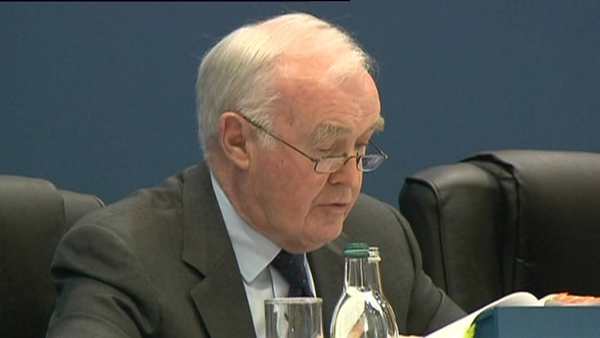