Ireland's bailout interest rate will be reduced from around 6% to between 3.5% and 4% as part of a wider EU debt deal.

The maturity of the loan has also been extended, meaning Ireland has 15 years to pay back the debt as opposed to the previous 7.5 years.

Irish officials have estimated that the changes could mean a €600-700m annual for the Irish exchequer.

In a statement tonight, Eurozone leaders also confirmed that a new bailout for Greece, worth €159bn, had been agreed.

European governments and the IMF will put €109bn into the package with private institutions due to give €49.6bn through a mixture of contributions and debt buy-backs.

Greece would now have a minimum of 15 years to pay back the loans and a maximum or 30 years. They also said they would lower Greece's interest rate to around 3.5%.

A draft of the agreement had been made available earlier today, pushing the euro to top $1.43 as a result.

Italy's stock market closed up sharply, with the main FTSE Mib index up 3.76%. The advance was led by the banks, with top lender Unicredit up 9.63% and Intesa Sanpaolo shooting up 9.84%.

Greece and Ireland have long advocated easier loan conditions from the EFSF, arguing that the terms were too strict for them to clean up their finances.

The European Union and the IMF offered Greece a three-year, €110 billion rescue package in May 2010. But the bail-out has proved insufficient, forcing euro zone leaders to negotiate a second emergency plan for Greece. 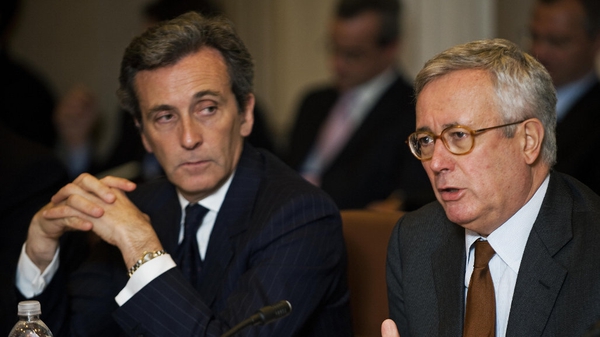