Banks in the European Union have until mid-September to come clean on fees they charge customers or face mandatory transparency rules.

'We think the fees should be easy to understand across the board, with comparable fees charged for comparable services. That is not the case today,' Michel Barnier, EU Commissioner for Internal Markets and Services, told a news conference.

Full transparency on fees would make it easier for customers to compare charges and switch to a cheaper account, helping to drive down the high charges seen in some EU states.

'I am disappointed with the response from European banks with the request I put to them a year ago asking for more transparency,' Barnier added.

If banks don't take his request seriously by 15 Sept, Barnier will take 'legislative action with a view to introducing more standardisation across European markets'.

Banks must give clear terminology on what customers are charged for and by how much, Barnier said, as he also gave lenders a year to make it easier for everyone to open a cheap basic account anywhere in the EU or face legislation in this area too.

About 30m people over 18 years old in the EU do not have a bank account, with 6-7m turned down because of poor credit history, no proof of income or failing to meet residency requirements, the Commission said in a statement.

The EU executive adopted a recommendation on Monday, a non-binding request for member states to crack down on restrictions used by banks as an excuse to reject account applications.

'This recommendation does not state that payment service providers will have to accept any application from an individual in any case - it focuses on what is strictly necessary to enable consumers to use payment services,' the Commission said.

'It will assess the situation in one year's time and propose any further measures as necessary, including legislative measures.'

The Commission said consumers should be able to open a basic bank account at an unspecified reasonable charge irrespective of where they live or their financial circumstances.

It only covers people who are legally resident in the EU and need an account for personal but not business or professional use.

A basic payment account is defined by the Commission as one that allows the customer to deposit and withdraw cash, receive payments such as salaries, issue payment orders, make payments through direct debits and buy goods and services online.

Overdrafts would not be allowed as this would mean credit was being given, which requires credit history checks.

Meanwhile, German daily Die Welt reported today that the 17 euro zone countries want to impose a tax on banks to involve the private sector in paying for the rescue of indebted Greece.

The tax would target even banks 'not directly involved in Greece', the newspaper wrote today, citing highly-placed diplomatic sources involved in the talks. The plan also envisages that the private banking sector will 'contribute to the repurchase of Greek bonds,' it wrote, without giving further details.

Euro zone countries are set to meet in Brussels on Thursday for an emergency summit to stop Greece toppling into default and dragging bigger euro economies into deeper trouble.

But Die Welt said influential individuals at the International Monetary Fund were against the institution's participation in a new Greek bail-out.

'Many people at the IMF have had enough' and seriously doubt that Greece can pull off the economic reforms required for long-term stability, the newspaper quotes European diplomats as saying.

Die Welt recalled that Germany was to slap a tax on banking profits later this year to boost a fund meant to prop up financial institutions in case of a new economic crisis. The tax on German banks was expected to raise about €1 billion a year towards the fund expected to total €70 billion.

The EU and IMF bailed out Greece in May 2010 with a package worth €110 billion in exchange for a series of unpopular austerity measures to stabilise its public finances. The country is still in serious difficulty and needs another bail-out worth about the same amount. Its debt has exploded and market hostility has kept it from raising fresh loans. 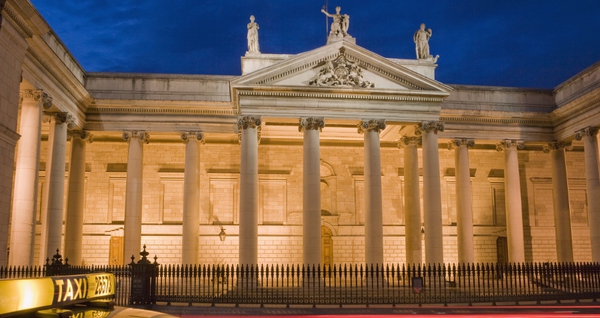