The US central bank chief has said that a debt default would be a disastrous 'self-inflicted wound' and that lawmakers must heed the downgrade warnings of ratings agencies.

Federal Reserve chairman Ben Bernanke warned the protracted battle in Congress over raising the debt ceiling, less than three weeks before the country's spending commitments could force it into default, was endangering its top-rated credit reputation.

'This is a tremendous asset of the United States - the quality and reputation of our Treasury securities - and we benefit from it with low interest rates,' he said in semi-annual testimony to Congress.

Ratings agency Standard & Poor's warned US lawmakers privately that it would downgrade the country's debt if the Treasury Department is forced to prioritise payments because Congress does not raise the debt limit, a congressional aide told Reuters news agency.

The warning undercuts an argument made by some Republicans that the country's credit rating would not be affected as long as the Treasury Department made debt service a priority over other obligations.

The ratings developments came as US politicians try to hammer out a deal that would allow President Barack Obama to raise the country's debt ceiling, which in turn would allow it to meet its repayment obligations and avoid a default.

Earlier, China urged the United States to protect the interests of investors.

China is by far the top holder of US debt, with holdings at $1.153 trillion in April, according to US data. The foreign ministry urged the US government to 'adopt responsible policy and measures to ensure the interests of investors'.

Republicans are refusing to lift the country's $14.29 trillion debt ceiling without deep government spending cuts, while they reject Democrats' demand that tax increases must be part of any sweeping deficit reduction plan.

Yesterday, Obama had a sharp exchange with Republican leaders as they discussed possible solutions on the issue.

According to Republicans, Mr Obama walked out of the talks after becoming frustrated with their latest offer on the debt ceiling.

Moody's last night placed the US AAA rating on a downgrade watch because of rising prospects that the US debt limit will not be raised in time.

Dagong followed suit, saying the ability of the United States to repay debt was likely to decline given its economic growth was expected to slow and budget deficits set to remain high in the next couple of years.
'Various factors that affect the repayment ability of the US federal government will keep deteriorating,' it said in a statement.

'Dagong will downgrade the US sovereign ratings if there is no substantive improvement in its repayment ability and willingness within the period of observation.'
Ratings downgrades could sharply raise US borrowing costs, worsening the country's already dire fiscal position, and send shock waves through the financial world, which has long considered US debt one of the safest investments in the world.

The Chinese agency, which is trying to build an international profile, has given the US and several other nations lower marks than they received from the big three.

It downgraded US sovereign ratings to A+ from AA in November after the Federal Reserve announced plans to inject $600 billion into the struggling US economy.

US congressional leaders today resisted the idea of a weekend country retreat with Obama to break the budget deadlock.

The White House said Obama may summon top Republicans and Democrats to Camp David, the presidential retreat in the mountains of Maryland, but the top Republican and Democrat in the House of Representatives said they were not interested.

'Let's not say well, we don't have to make any decision today on Thursday or Friday because we're going to have s'mores at Camp David over the weekend,' Pelosi said at a news conference, referring to the campfire dessert treat.

House Speaker John Boehner, the top Republican in Washington, has told the White House he sees no need to go to Camp David, a spokesman said. 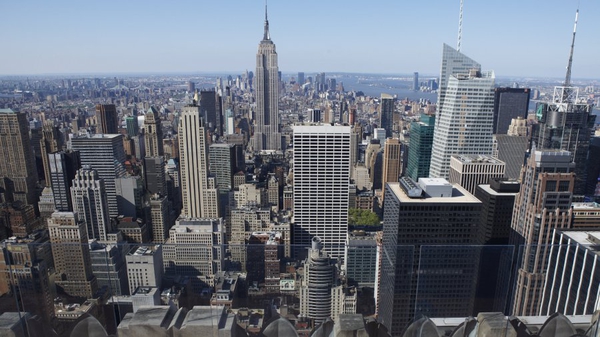