Brendan Beggan has alleged that he was unfairly dismissed by the society after he sold a property for €202,000 without telling the society, but kept the money instead of paying back his mortgage.

The tribunal will decide tomorrow whether to issue a subpoena compelling Michael Fingleton to attend to give evidence.

Irish Nationwide contends that the dismissal was fair in light of the failure to repay the mortgage for the property known as Killylean in Monaghan and other matters.

Chief executive Gerry McGinn gave evidence that at a meeting to appeal the decision to dismiss Mr Beggan, Mr Beggan had acknowledged that his conduct in failing to notify the society of the sale of Killylean or to repay the mortgage constituted gross misconduct.

However, he had said that he did not want to be viewed as a thief.

He had told Mr McGinn he had been in fear of the previous chief executive, Mr Fingleton.

She said that when Mr Beggan realised that the proceeds from the sale of Killylean had run out, and that he could not pay the mortgage, he had alerted Mr Fingleton.

Ms Guinness alleged that Mr Fingleton had suggested that he sell a further property on which he had a mortgage - which would allow him to clear both mortgages.

Mr Fingleton said he should keep paying the mortgage in the meantime and it would get sorted.

She said there had been a loan culture of extreme laxity in how loans were sought, approved and handed out.

She said that on one occasion, Mr Beggan had been given a loan €25,000 bigger than what he had sought.

She also suggested that Mr Beggan had been targeted because of the activities of his partner Olivia Green - a former loan supervisor at Irish Nationwide.

She had given evidence of the role of Mr Fingleton in approving loans to Michael Lynn and former European Commission Charlie McCreevy.

The hearing will resume tomorrow when Mr Beggan is expected to give evidence. 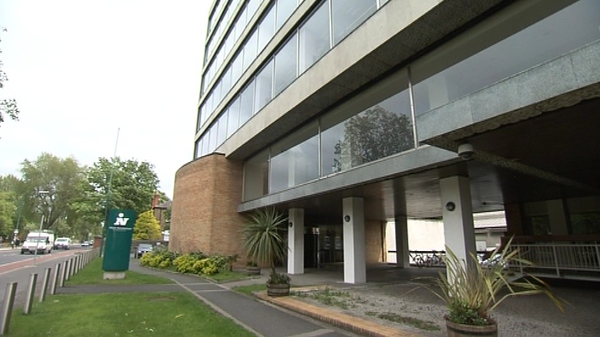