Danish bank shares fell today on concerns about the health of the country's small lenders after Fjordbank Mors became the latest to fail over the weekend.

Fjordbank Mors is the nineth Danish bank to collapse following the 2008-2009 financial crisis and the second to trigger a state-managed closure in which senior bondholders as well as shareholders will bear part of the losses.

The failure of Amagerbanken in February set a precedent in the European Union by making unsecured senior creditors liable for bank losses, highlighting the Danish government's resolve to shield taxpayers from the costs.

Shares in Danske Bank, Denmark's biggest financial institution and the owner of National Irish Bank here, were down 4% toay, while shares in several small banks plunged.

Fjordbank Mors said after the market closed on Friday that it would ask state administrators to take it over and wind up its business as it no longer met the Financial Supervisory Authority's (FSA) increased solvency requirement.

The bank and FSA reached agreement at the weekend on the state takeover by Finansiel Stabilitet, the state company that manages and winds up distressed banks.

The transfer of Fjordbank Mors to a subsidiary of Finansiel Stabilitet takes place under rules that took effect on October 1 last year. It involves no immediate financial risk to the state because depositors' and creditors' losses are covered by a deposit guarantee fund financed by the banking sector.

The Danish system contrasts with bank bail-outs across Europe, including Ireland.

'We will not be involved with state aid,' Minister for Economic and Business Affairs Brian Mikkelsen said on Danish television. 'We think that it is not reasonable to give state crowns to banks that are run badly and have got themselves involved in risky businesses and lost money on that,' Mikkelsen said.

'It is not us as Danes that should pay for that,' he added.

Mikkelsen said that banks would continue to pay the costs of government bank aid packages.

Payment for Fjordbank Mors' assets was set at a preliminary 7.8 billion Danish crowns ($1.48 billion), corresponding to about 74% of unsecured senior liabilities, the FSA said in a statement.

'Creditors, including depositors with deposits exceeding €100,000 in Fjordbank Mors must therefore anticipate losses of approximately 26% as the bank closes,' the FSA said. 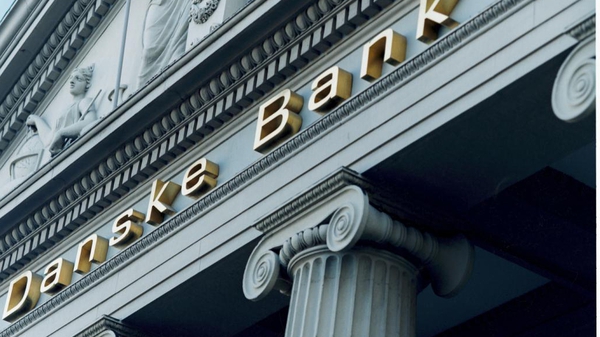