Ireland has a good chance of financing itself on international capital markets next year without additional help from the International Monetary Fund and the European Union, credit rating agency Standard & Poor's said last night.

S&P senior director Frank Gill was speaking in London at an event organised by the London Irish Business Society.

He said S&P thought 'there is definitely a good probability' that Ireland can fund itself in commercial markets next year.

Mr Gill also said that Ireland's current €85 billion IMF/EU programme would be enough to meet all of the country's borrowing needs since 'there won't be any unexpected fiscal costs'.

He also said that Ireland should be able to withstand a possible debt default by Greece, as the market had 'the capacity to differentiate' between both countries.

Fears that weaker euro zone economies could be dragged into a deeper credit crisis increased after Moody's said last week that a Greek default could push the ratings of Portugal and Ireland into junk territory.

And worries about Ireland's ability to return to capital markets increased after Transport Minister Leo Varadkar was quoted last weekend as saying that the country could need to resort to additional IMF/EU borrowing in 2012. Finance Minister Michael Noonan yesterday ruled out a second bail-out. 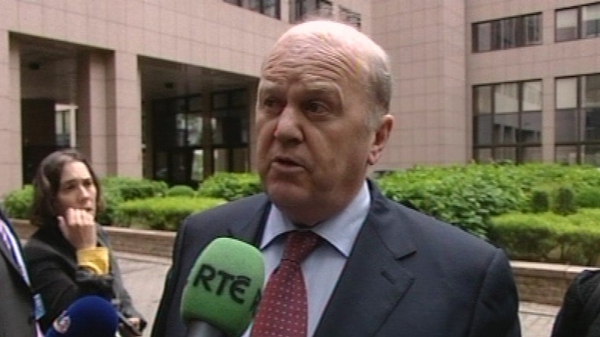