A review of Anglo Irish Bank and Irish Nationwide has found no need for the State to inject additional money into the two institutions.

The Central Bank said the independent review had come in in line with the previous assessments, which were carried out by the Central Bank last September.

In September, the Central Bank estimated that Anglo Irish would need an additional €6.4 billion to cope with losses from bad loans, while Irish Nationwide would need another €2.7 billion. This brought the total State capital provided since 2009 to €29.3 billion and €5.4 billion respectively.

The Centtal Bank said today that BlackRock Solutions, which carried out reviews of the other Irish banks earlier this year, had looked at Irish Nationwide's mortgage, commercial property and other lending books. This was because no independent review of INBS had been carried out for more than a year. BlackRock found that the previous estimates were 'robust'.

As the Anglo estimates were more recent, BlackRock carried out a review of the approach and the results and concluded the previous results were 'reasonable'. 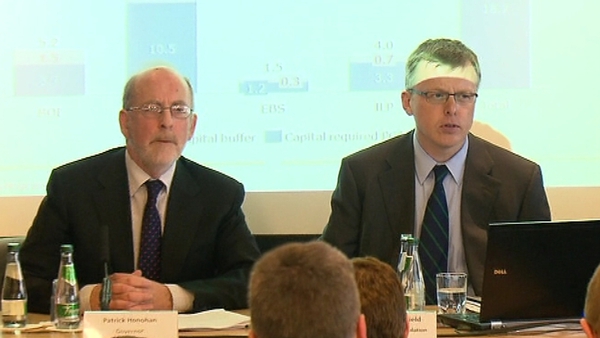