The Credit Review Office has said in its report of its first full year that demand for its services remains steady.

Credit Reviewer John Trethowan says that reviews by the office to date has resulted in €1.77m in credit being made available to the SME applicants and 223 jobs being protected.

The fourth report on the activity of the Credit Review Office show that it reviewed 76 applications since it was set up just over a year ago. In 22 cases the bank's decision was upheld, while in 23 cases its decision was disputed and the bank subsequently provided credit.

The rest of the applications are still being considered.

Businesses that have had their application for credit refused or reduced and feel that the bank's decision is unjustified can apply to the CRO once the borrower has already gone through the bank's own internal loan appeals process.

Today's review says that while Bank of Ireland and AIB have exceeded their lending targets to small business for the past year, lending may not be happening in areas that support the recovery of the economy.

Mr Trethowan said he wants to see the parameters of the office reviewed to enable more business to be helped. This should include raising the current €250,000 threshold and examining how non-NAMA banks could be encouraged or compelled to join the scheme.

He said that banks now need to start using their capital to 'save' good SMEs. But he said he believes this will require some form of Government initiative, as some of this lending will be beyond the prudent cashflow lending criteria now expected by the Financial Regulator.

He also urged businesses to pay particular attention to managing their debtor and creditor books to avoid trade bad debts and foreclosures by creditors.

On restructuring debts, he said the cost of examinership at €75,000 was too high for small firms. He said there needed to be a process where businesses could swap debts for equity - this would result in banks taking a stake in small firms.

He also said companies should be able to write off debt and restructure.

The CRO said that its helpline has taken 823 calls to date, while its website has had 7,518 visitors since it was set up. 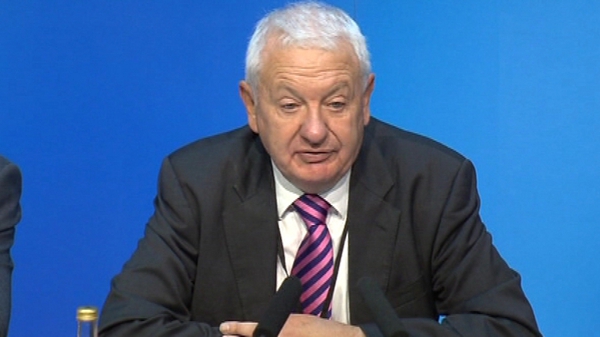